Home away from home investment

Home away from home investment 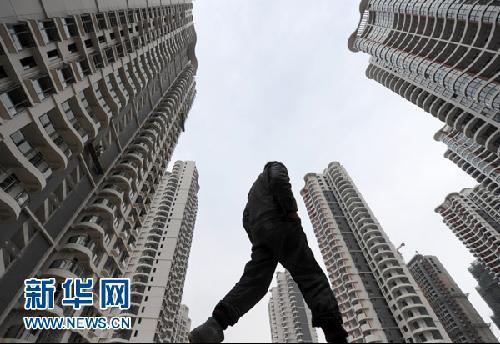 The inventory in China's property market will surge in the second half of the year, thus prompting property developers to cut prices further as tightening measures continue, industry experts said on July 5, 2011.


Faced with a slowdown in the nation's real estate sector, some cash-rich Chinese are looking overseas for bargains.

Back at the height of China's property boom in 2009, Qiu Liping embarked on a foray into Malaysia's tepid housing market by investing around 3 million yuan ($465,000) to buy a spacious apartment adjacent to the Petronas Twin Towers in the country's capital, Kuala Lumpur.

At that time, Malaysia's property sector was on average moderate, with virtually no growth in terms of transaction volumes. By contrast, China's real estate market rose to a fever pitch during the same period. The sales volume of residential properties, for instance, surged 43.9 percent in 2009 from the previous year.

"I had doubts about my first property investment in Malaysia at the time, but I was even more doubtful about China's relentless housing prices after years of skyrocketing increases," Qiu, 45, recalled.

Before that investment, the Shanghai resident had bought several properties in a number of Chinese cities that had registered rapid house-price growth, such as cosmopolitan Shanghai, western Chongqing, and the coastal city of Sanya in Hainan province. But then Qiu decided to stop buying residential properties in China because of concerns that the central government was likely to get a grip on runaway prices and dampen further growth.

Like many well-to-do Chinese at the time, Qiu had abundant cash in hand; the fear that the domestic property market might collapse did not cause them to shun the realty markets, but simply to move their focus outside the country.

"I was considering investing in Australia, but after careful and prudent selection, I chose Malaysia, which is closer to China, and more importantly, people speak Chinese. So I'm planning to live there when I retire," said Qiu, who pumped more than 11 million yuan into two more apartments in Kuala Lumpur in 2010 following predictions that her first tentative investment would generate a return of 15 percent by 2011.

Meanwhile, over the course of 2011 thus far - and as China's house prices have begun to stall against a background of intensifying government curbs - some domestic real estate brokerages have received an increasing number of enquiries from moderately well-off citizens about investing in overseas properties, in neighboring Asian countries in particular.

"This year, we have clients with more than 10 million yuan each to invest in Malaysian properties. That's never happened before," said Sophia Xia, managing director of Super City Group, a Shanghai-based real estate brokerage, which is also the company Qiu used for her overseas investments.

Before 2011, no Chinese customer had spent more than 3 million yuan on a single purchase in Malaysia, said Xia. She added that, unlike previous years, more Chinese have shown an interest in investing in the Asian markets instead of the more industrialized countries, such as the United States, Canada and the United Kingdom, which are the traditional outbound investment targets for Chinese billionaires.

Since it was established in 1993, Super City's business reach has extended from Shanghai to most of those economies favored by Chinese customers. "In the future, our focus will shift to the Asia-Pacific region in accordance with our customers' preferences," said Xia.

She pointed out that more Chinese real estate investors have expressed concern this year about the uncertainties facing the nation's property policies going forward. "To be sure, they have to find another method of asset increment."

Indeed, many have good reason to worry about China's real estate market.

The credit rating companies Moody's Investors Service (in April) and Standard & Poor's (in June) lowered their outlook for China's property developers from "stable" to "negative" on deepening concerns that tighter credit controls and a string of policies designed to rein in house prices may cause a decline in residential sales.

On June 14, the People's Bank of China, the central bank, raised the reserve requirement ratio for lenders for the sixth time this year to a record 21.5 percent. According to a research note from Barclays Capital, the investment banking division of Barclays Plc, that hike is estimated to have locked in liquidity of about 380 billion yuan in the banking system.

China's housing curbs will trigger capital outflows from the domestic real estate market to other areas, including equities, gold and overseas property, wrote Jing Ulrich, chairman of China equities and commodities at JPMorgan Chase & Co, in a research document published in April.

In addition, residents of the Chinese mainland have surpassed those of Indonesia and Malaysia to become the major foreign group purchasing homes in Singapore, Ulrich said, without citing figures or dates.

"While there is no good data (on Chinese investment in Southeast Asian properties) to track, there is a lot of anecdotal evidence indicating that Chinese investors have a great interest in buying properties in Singapore, and to a lesser extent,Malaysia, largely because of the need to diversify renminbi asset allocation," said Liu Ligang, head of China economics at Australia & New Zealand Banking Group (ANZ).

The majority of those investing in Asian countries such as Malaysia are mostly from China's upper middle class. They're certainly not lacking in funds, but aren't in the same league as the nation's "super rich" who prefer villas in Western countries or in Singapore. The upper middle classes can easily afford quality properties outside China, which cost about one-fifth of the price of a similar dwelling in Shanghai, said Super City's Xia.

To be specific, those unable to afford a luxury house in China's first-tier cities are likely to buy a similar property in Malaysia instead, with high standards and services.

And the numbers looking abroad are likely to increase: after relentless growth, China's property sector will soon probably lose its luster as the darling of housing investors.

According to estimates from the Dutch property investment manager ING Real Estate Investment Management (REIM), part of the ING Group, investment returns for prime real estate in Shanghai, for example, between 2011 and 2015 are projected to stand at 10.5 percent, almost neck and neck with Kuala Lumpur's 10.8 percent.

ING REIM has forecast that the prospective return ratio for luxury residential properties in Shanghai will reach 6.7 percent over the same period, compared with 7.6 percent in Kuala Lumpur.

However, ING REIM has also said that Shanghai, together with Hong Kong and Mumbai, has become a "high risk" area for such investments, while Kuala Lumpur and Singapore are rated as "moderate risk".

According to Xia, Super City's first project in Malaysia in 2008 has reported price growth of 50 percent to date. Meanwhile, its first tranche of apartments with views of the sea in Penang - Malaysia's fourth island on the west coast of the Malay Peninsula - is likely to see prices rise by up to 20 percent.

House prices in Malaysia are more affordable than those in China: the cost of an average Grade 1 apartment in the heart of Kuala Lumpur is around 20,000 yuan for each square meter (sq m). However, prices are much lower in the country's smaller cities and towns, according to Kumar Tharmalingam, chief executive officer at Malaysia Property Incorporated, a government initiative that caters for overseas investors interested in the country's real estate market.

By contrast, the average transaction price for commercial residential properties along Beijing's Fourth Ring Road stood at about 25,000 yuan a sq m in the first week in May, despite recording month-on-month declines.

However, property investment is not just about generating high yields, but also a choice for securing a good standard of living during retirement, Qiu said. Malaysia introduced its "My Second Home" program in 2002 to allow foreigners who fulfill certain criteria to stay in the country for as long as they desire on a multiple-entry social visit pass.

Compared with the real estate market in industrialized countries, close proximity, the ease of gaining permanent residential status, and business and cultural connections make Southeast Asia a better choice, according to ANZ's Liu. "Currency appreciation and capital gains are now looking better than those in the US."

Indeed, property sales in Southeast Asia, including Thailand, Malaysia and Singapore, have seen "multiple" growth since Super City's first business venture in the region in 2007 as Chinese people become increasingly better off, according to Xia. "So far, most clients are from China's coastal cities such as Shanghai."

In 2010, China was home to 535,000 net-worth individuals, each with investable assets of $1 million or more. That number is roughly 58,000 higher than in 2009, placing the country fourth in the "rich list" after the United States, Japan, and Germany, according to the 15th World Wealth Report compiled by Merrill Lynch Global Wealth Management and Capgemini SA.

Further cash outflows to overseas property markets cannot be prevented, especially when set against a backdrop of limited domestic investment opportunities for cash-rich Chinese, according to some industry experts.

A lot of that capital will stay in the Asian region, though. In January 2010, China and the Association of Southeast Asian Nations (ASEAN) inaugurated a free-trade area, the biggest zone of its type among developing countries and boasting a combined population of 1.9 billion.

"China's private capital outflow has just started. We expect this trend to accelerate in the coming years as the country's capital controls are progressively liberalized. Trade ties will be a good indicator as to where Chinese capital will go. Given the Free-Trade Agreement between China and ASEAN, we expect more Chinese capital to flow to ASEAN," said ANZ's Liu.