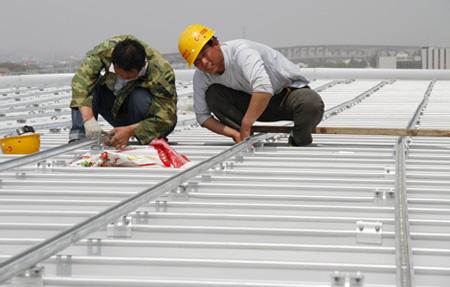 BEIJING - The Chinese government will double its investment in the circular economy this year to 2 billion yuan ($300 million) to support the national policies of energy conservation and emission reduction, a senior official said on Monday.

The figure was provided by He Bingguang, a director-general level official at the department of resource conservation and environmental protection of the National Development and Reform Commission (NDRC).

The NDRC will use financial support and tax breaks to draw investment into the circular (recycling) economy, which will benefit companies and society, He said.

Most of the spending will go into the construction of industrial parks, the transformation of urban mining industries, clean production, food waste recycling and staff development, He said.

The major part of the investment will be used in the industrial sector, said Zhou Changyi, director general of the department of energy conservation and resources utilization of the Ministry of Industry and Information Technology.

According to He, China achieved much in the energy-conservation sector during the 11th Five-Year Plan period (2006-2010) and the country will step up its efforts to cut carbon emissions and save energy during the current five-year plan.

The circular economy is a national strategy in China, said He. "No other country has given it such a high priority.

"We are now filing and summarizing the 60 cases of successful development modes of the circular economy in the past five years and will publish the final report in two months."

The NDRC has established 178 demonstration units since 2005 to implement circular-economy projects, and about 1,300 companies have joined the program.

The official said the results are good examples not only for domestic industries but also for foreign countries.

Many coal mines are applying the circular economy concept under the central government's guidance.

Wang Mingsheng, president of the company, said depending on coal production to expand the industrial chain is the company's key strategy to grow stronger, and during the transformation, the circular economy will play an essential role.

The cumulative value of the circular economy industry was 1 trillion yuan as of the end of 2010, and it is forecast to grow at least 15 percent annually during the 12th Five-Year Plan (2011-2015) period, said He.

"The country will focus on the application of the circular economy concept in industry, agriculture, services and green consumption," He said. "The policy will be implemented at all stages of the production, distribution and consumption processes."

However, China will still pay the most attention to reducing energy consumption in industrial production.