Lotus hill is one of the China's oldest large-scale stone quarries with a history of over 2,000 years. It is a natural wonder successfully integrating the ancient straightforwardness and modern delicacy, famous for the stunning landscape.

The site of stone landscape, once the ancient stone quarry since western Han Dynasty, is full of steep cliffs, rocks in varied shapes and strange rocks and caves. The whole site is the only artificial Danxia miracle in China, also called "relic of stone carving". 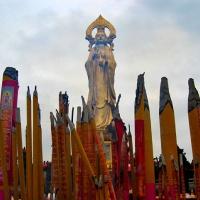 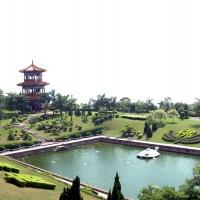 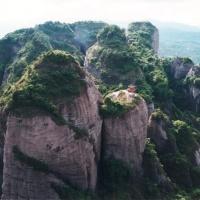 Lotus Tower is the representative of Lotus tower scenic area, built in (AD 1612) of Ming Dynasty. It also named as Wenchang Tower, known as the "Capital's Cloud Pillar". With a height of over 50 meters, it offers grand views of Pearl River and nearby sites.

Lotus City was built in the Pearl River Mouth as fortification at Qing Dynasty (AD 1664). It is a site that shows history of several hundred years ago.

The Kwan Yin Fairy Land features at many pure lotuses and statues of Kwanyin. The "Sea Goddess of Mercy" with gold foil is the largest one on earth, while in Guanyin Ge, there are another 1,000 statues of Goddess of Mercy in varied sizes.

Lotus Hill Scenic Area is also a great place for outdoor activities with water areas and place alongside the river available. Visitors can join some water activities or just arrange barbecue or camping with family and friends.

Traffic: Take Metro line 3 and get off at Panyu Square, then take the Lotus Hill special line at Shiqiao bus station.