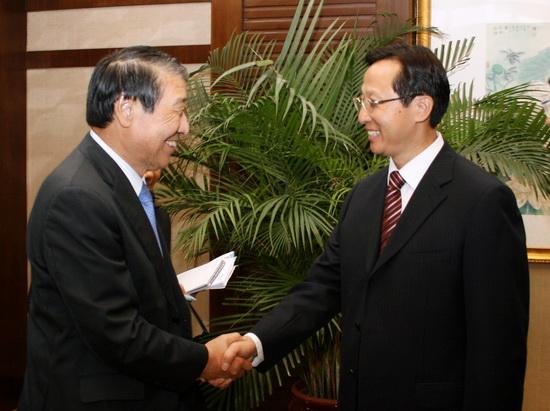 On August 27, Han Changfu, Minister of Agriculture, met with Mr. Masahiko Yamada, Minister of Agriculture, Forestry and Fisheries (MAFF) of Japan, and his delegation to the Third China-Japan High-level Economic Dialogue held in Beijing. The two sides exchanged views on a series of issues, including the world food security status, fishery resources management, joint research on prevention and control of foot and mouth disease (FMD), protection of new varieties of plants, agricultural product quality and safety, joint research on China-Japan-ROK FTA and the WTO Doha Round negotiations on agriculture.

Minister Han Changfu extended welcome to Minister Masahiko and congratulated him on his appointment as Minister of Agriculture, Forestry and Fisheries of Japan. The Chinese Minister also expressed gratitude to the Japanese counterpart for his care and words of sympathy for disaster-affected Zhouqu, Gansu Province and introduced to the guest the information on the relief and rehabilitation efforts in the disaster area.

Minister Han said the Chinese side laid stress on the management of tuna resources, and was willing to strengthen the management of fishing vessels in the central and western parts of the Pacific Ocean together with Japan. He pointed out, with great importance attached to the joint FMD prevention and control with neighboring countries by the Chinese government, China officially joined the OIE FMD control program in Southeast Asia and China in March 2010, and would intensify its collaboration with Japan for contributing to the control of FMD in this region.

Minister Han emphasized that the Chinese Ministry of Agriculture was ready to make joint efforts with MAFF of Japan to actively put into practice the consensus reached at the Third China-Japan-ROK Summit since development of a FTA is manifestation and extension of good relations between countries. He also introduced to the guest the information on the quality and safety of China s agricultural products and stressed the Chinese government highly valued the quality and safety of agricultural products and foods and had implemented strict testing, inspection and traceability measures at production, distribution and marketing in recent years, which ensured the quality of China s agricultural products was safe and reliable.

Minister Masahiko supported the comments and suggestions for stronger bilateral fishery cooperation made by Minister Han. He considered the quality of China s agricultural products in general was assured and safe, and hoped the two sides could further enhance the agricultural exchange and cooperation and work together to facilitate the development of China-Japan agricultural trade. 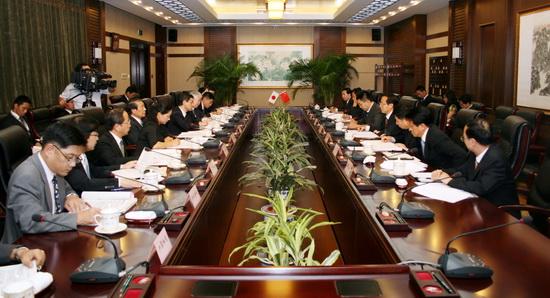