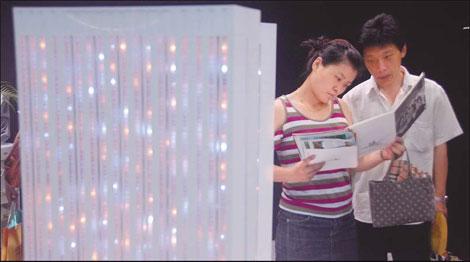 Aetos Capital, the US investment management firm, is investing $50 million in a joint venture with Yida Group to develop a residential project in Dalian, Liaoning province, sources familiar with the development told China Daily on Monday.

The deal comes close on the heels of a joint venture set up by US private equity firm Blackstone Group and Hong Kong property developer Great Eagle to develop luxury apartments and a hotel in Dalian.

Though the deals indicate that foreign institutional investors are still keen on real estate investment in China, they have also raised that such moves would push up realty prices.

"Foreign investors account for a small proportion of the market, and both the funds are long-term investors rather than short-term speculators," said Ji.

He Jun, a senior analyst with Anbound Consulting, feels that these investments will hardly make any difference to the overall situation.

"The investments may not be all that profitable as the land costs are relatively high", said the sources.

Great Eagle is believed to have spent 730 million yuan ($107 million) to purchase a land parcel in Dalian's Donggang district in October last year. The land parcel, with a gross floor area of 290,000 square meters, will be developed into hotels and commercial facilities.

"While the entry of Blackstone and Aetos will help improve product quality, it is unlikely to have any impact on the city's realty prices as the scale of these two projects are limited," said Ji.

Dalian has seen gross domestic product (GDP) growth of 10 percent or more since 1992. Last year, the city's year-on-year GDP growth was 15 percent, making it one of the most prosperous areas in the country.

"By forging alliances with foreign institutional investors, realtors will be able to address some of their financing concerns," said Ji.

Realtors have been finding it difficult to obtain easy financing for their projects due to the stringent policies. Many of them have subsequently turned to high-cost financing, with interest rates ranging from 12 to 16 percent, compared with the benchmark rate of 5.31 percent for one-year loans.

Foreign investors are still bullish on the property sector as they expect the yuan to appreciate further this year, said sources.

According to the National Bureau of Statistics, foreign investors put 30.2 billion yuan into the realty sector during the first seven months of this year, a 10.6 percent growth over the same period in 2009.

Data from real estate consultancy CB Richard Ellis shows that the value of property transactions in 15 Chinese cities hit 49.9 billion yuan during the first six months of this year.