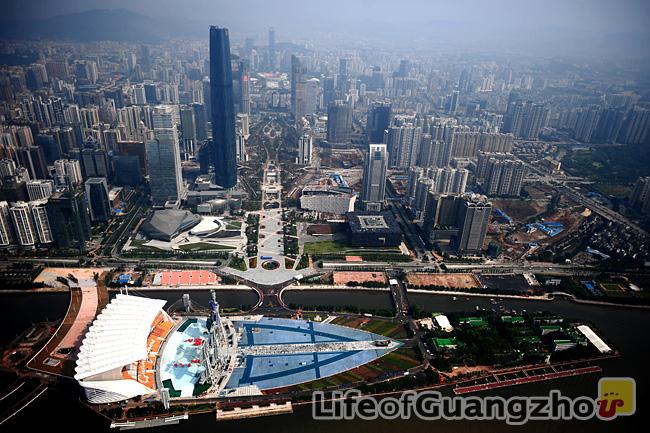 An overlook of Guangzhou from the new TV tower.(Photo:Guangzhou Daily/Shao Quanda)

The Development and Reform Commission of Guangzhou Municipality and the DAGOC announced yesterday, November 17, that GZ, with this year s GDP revenue estimated to total 1 trillion yuan, would be the third mainland city to be ranked in the Trillion Group (The first two cities in Trillion Group are Beijing and Shanghai).
Nevertheless, GZ is facing a bottle-neck at road development. Regular population has reached over 10 million and land was over-exploited by 22 percent, said Chen Haotian, vice-director of GZ Committee of Development and Reform.
Expressing his worries about the limited environmental capacity, Chen revealed that the municipal government was to carry out a plan of green economy development and an outline of low-carbon city reconstruction. These new plans are expected to improve the urban life in some 4 to 5 years.
Source:Lifeofguangzhou.com