On 21st April, the delegation of Qinghai Normal University, including its president Dong Jiaping, vice president Cui Wei and heads of relevant departments, visited our university to have further discussion on education cooperation and exchange on specific issues. In the morning, a signing ceremony was held in Room 201 of the main building, where the MOU between CNU and QHNU was signed. The ceremony was chaired by Zhou Jianshe, vice president of CNU, and CNU president Liu Xincheng as well as heads of relevant departments made the presence.
On the ceremony, Dong Jiaping introduced the history and status quo of QHNU and expressed his gratitude for CNU. He hoped that CNU would continue its support for QHNU so as to facilitate the rapid development of the latter. On behalf of CNU, Liu Xincheng paid tribute to QHNU for its efforts to help develop western China. Having commended the strong disciplines of QHNU, Liu concluded that the two universities were highly complementary and thus should strengthen the bilateral linkage and seek common development. He held high expectation for the bilateral exchange. The signing of MOU by Liu and Dong marked the unfolding of exchange and cooperation between the two universities.
Before the ceremony, a small meeting chaired by Zhou Jianshe was held, where the heads of relevant departments from CNU had talks on the details of the bilateral exchange with Cui Wei and their counterparts from QHNU 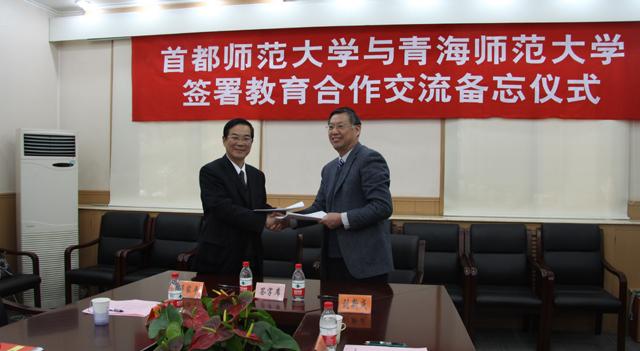 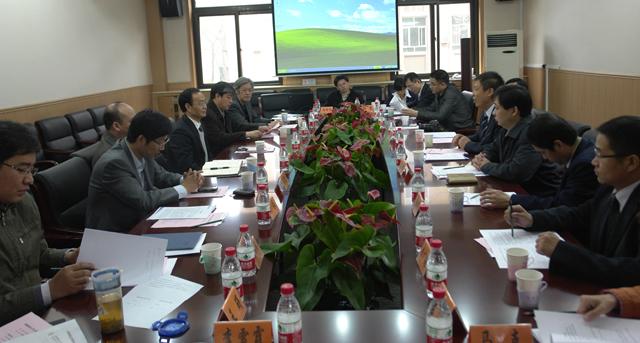