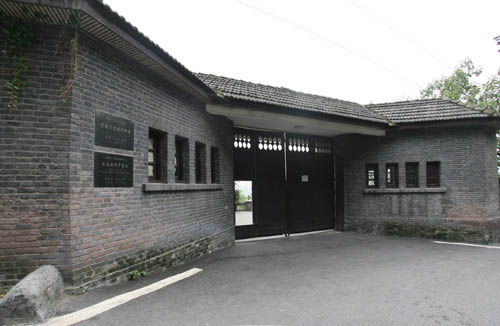 The General Joseph W. Stilwell Museum is situated in the Yuzhong Region of Chongqing, and occupies an area of 7.2 mu (about 1.2 acres). It was founded in memory of Joseph W. Stilwell, an American general who contributed a great deal to the Chinese people. Since the museum opened to the public in 1991, tens of thousands of visitors from home and overseas have been there. William Pace, a former American Secretary of Defense, made a special trip to the museum in 1994 and was greatly touched by how well it had been preserved. Although it has been restored and enlarged several times, the style of it has not been changed.

In 1942, during the Second World War, General Joseph W. Stilwell acted under orders to come to Chongqing. He worked as Chief of Staff in the China Theater of Operations and as the Commander-in-Chief of the American Army in the China Burma India Theater (CBI). The residence became the headquarters of the China Burma India Theater during that period. General Stilwell participated in a series of political and military affairs in the CBI Theatre of World WarⅡ, and cemented a profound friendship with the Chinese people fighting side-by-side in the Anti-Fascist War in China. In July 1944, campaigns in Northern Burma succeeded and a road between India and China was built under his direct supervision, which made ammunitions and weapons accessible to China and brought an end to the blockade of the fascist state. The road was later named Joseph W. Stilwell Road. President Roosevelt recalled General Stilwell to Washington in 1944.

The main building of the museum is the former residence of General Joseph W. Stilwell. It is a three-storied house, including an office,an adjutant room, two meeting rooms, bedrooms and a basement. Simple furniture is shown as it was during the time that he lived there, and more than one hundred articles such as household goods, manuscripts and the uniform which was used by the general are displayed. In the residence's courtyard, a monument stands in the center on which is engraved a passage of epigraph in both English and Chinese. The epigraph was written by Franklin Delano Roosevelt on May 17, 1944. There is a bust of General Joseph W. Stilwell to one side of the monument, which gives visitors a vivid portrait of this great general.