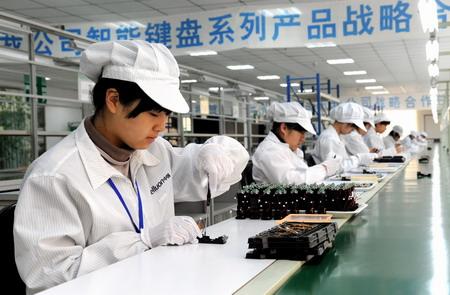 Analysts say govt rules may have limited impact on manufacturers

BEIJING - China's new regulations that require IT vendors engaged in supplying the government to disclose details of encryption technologies have raised eyebrows in some foreign firms.

But industry experts said the real impact of the new rules might be limited as IT products only account for a small portion of government procurement.

"Although the volume of government procurement has increased steadily during the past few years, especially after the global financial crisis, IT products and services still account for a small part," said James Lei, director at research firm Instat China.

He said the direct impact of the regulation will be limited on the business side, but many foreign firms are worried that the government may expand the regulation into other sectors, where their stakes are greater.

The government launched a new regulation on May 1 that requires IT firms from home and aboard to share their encryption technology with officials if they want sell products to government agencies.

However, companies including Cisco and Symantec said they were not aware of the new government regulation. Chinese telecom gear maker Huawei Technologies also said it has not received notice from the government requiring it to share its encryption technology.

"The real impact of any regulation relies heavily on how it will be executed," said Wang Yuquan, a senior consultant with research firm Frost & Sullivan. "The problem now is that not only do foreign vendors not like it but domestic firms also have concerns."

He said because the government has a huge number of State-run enterprises under its control, foreign and domestic firms worry that the encryption technology they hand out may be leaked to State-owned competitors.

That concern, if met with major opposition, may force the government to reconsider whether or not to execute the regulation, Wang said.

Turnover of government procurement reached 700 billion yuan ($102 billion) last year from over 100 billion in 2002, according to Ding Xuedong, vice-minister of finance.