Lender to be cautious on bond investments by overseas branches

BEIJING: China Construction Bank (CCB), the nation's second-largest lender by market capitalization, is planning to increase its global footprint by expanding into regional financial hubs and economies that have close trade and investment ties with China, Fan Yifei, vice-president of the bank, said.

A worker hangs a China Construction Bank sign at a new branch in Beijing. With two new branches in London and New York, the State-controlled bank has an overseas network of 60 outlets. [An Xin / China Daily]

Expansion over the next two years could include setting up branches in Canada, Taiwan and Brazil, Fan said in an interview, adding that the bank is expected to complete the feasibility review and get regulatory approval by the end of 2011.

CCB, largely a domestic focused commercial lender, is now gearing up to grow its overseas operation in a steady and prudent manner, as more and more Chinese companies are feeling the need for financial services while going abroad, Fan said. 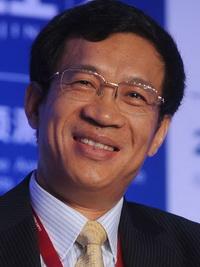 With two new branches in London and New York, the bank has an overseas network of 60 outlets. The bank realized 1.28 billion yuan ($188 million) from its overseas business in 2009, accounting for 0.93 percent of the total, while the value of its overseas assets reached 234.5 billion yuan, up 92.8 percent from a year earlier.

Fan said the AIG deal was made at a worthy price, as the net asset value of AIGF stood at HK$1.25 billion of the end of last September, HK$600 million higher than the acquisition price.

"We got a customer base of 500,000 and a sound credit card business platform from the deal, and it also helped us to tap into the personal credit market in Hong Kong," Fan said.

Drawing lessons from the Dubai World debt crisis, Fan said that the bank will be more cautious on bond investments and syndicated loans made by its overseas branches.

The bank's Hong Kong branch had a loan exposure of $1 billion to Dubai World, and pushed CCB's non-performing ratio overseas to 5.12 percent by the end of 2009 from 0.51 percent a year back.

"We have set aside sufficient provisions for it and restructured the loan earlier," Fan said, adding that the bank has no loans to commercial entities in Dubai at present.

CCB's non-performing loan ratio dropped to 1.5 percent by December 2009, down from the 0.79 percent at the beginning of the year.