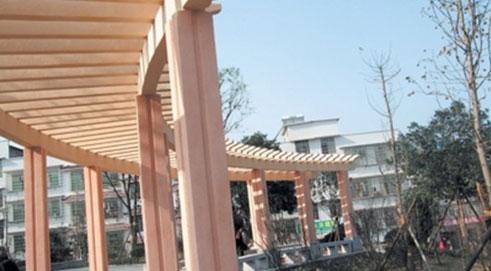 Situated against the mountain and among the residential quarters, the Bojiatang Community Park features both natural delicacy and human elements.

With an investment of over 9 million yuan, the construction of four community parks in Yuelu District, including Bojiatang and Jiangongshan Community Parks, have been started successively this year, according to Chen Yueheng, director of the Bureau of Parks and Woods of Yuelu District.

According to Chen, 21 community parks are expected to be completed in Changsha city proper this year following the 6 last year.