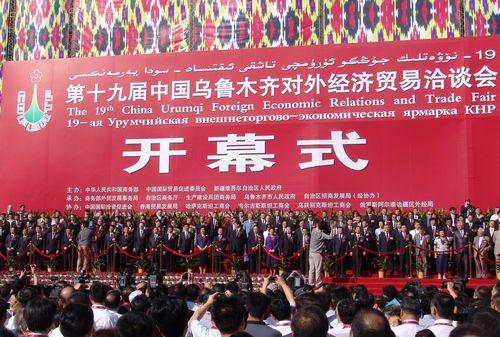 "The 19th China Urumqi Foreign Economic Relations and Trade Fair will be held from Sep.1st to 5th. Businessmen from more than 20 countries and regions are gathering for the Fair."

Liu Yandong declared the opening of the Fair at 10:40. From 2011,the Fair will be upgraded to China-Eurasian Economic and Trade Fair.

Liu Yandong and Smayi Tieliwardy visited the exhibition hall before the opening ceremony accompanied by Zhang Chunxian and Nuer Baikeli.