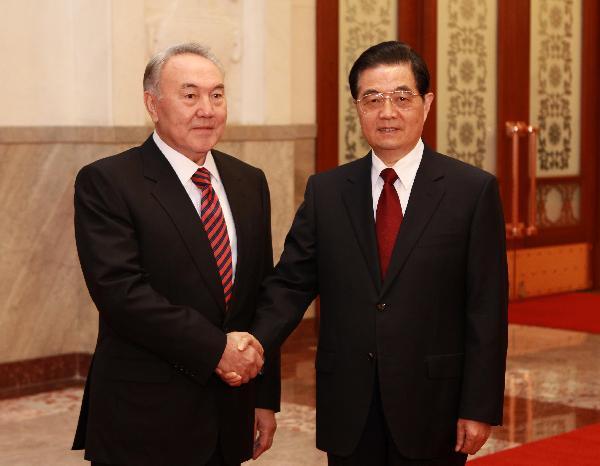 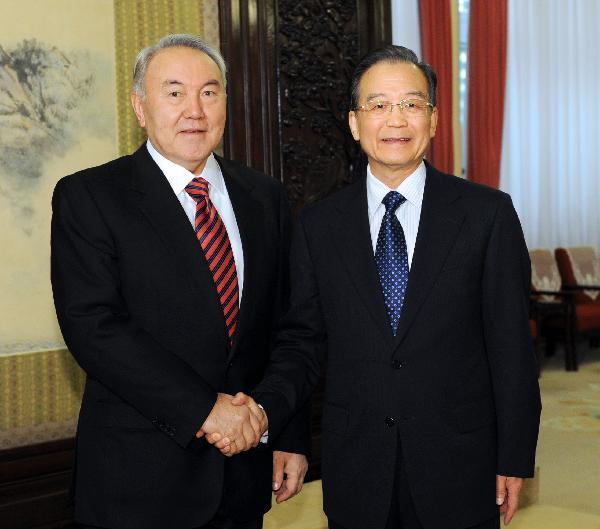 China and Kazakhstan on Tuesday vowed to boost their strategic partnership and bilateral cooperation.

The pledge came out of a series of meetings between Chinese state leaders and Kazakh President Nursultan Nazarbayev, who is on a three-day state visit to China.

At the beginning of their official talks, Chinese President Hu Jintao said Nazarbayev was the first foreign head of state to visit China after the country's Lunar New Year festival.

"I believe your visit will inject vitality to the growth of our bilateral ties, and boost our strategic partnership to a new level," Hu said.

Nazarbayev said the current visit was his first foreign trip of 2011, which revealed the close links and friendly tradition between both countries.

The two heads of state witnessed the signing of a series , of cooperation agreements on cross-border water resource protection, high speed railway construction, and joint projects on petroleum, oil and gas resources.

Wen said the relations between both countries had witnessed rapid growth in recent years, which played an important role in safeguarding regional security and promoting economic growth.

He said he believed there was much room to grow the cooperation, particularly in the areas such as energy, agriculture, transportation, finance and technology.

"The Chinese government is ready to enhance coordination with Kazakhstan to implement various agreements and consensus, to exert the principal role of enterprises, and promote greater achievements of bilateral cooperation," the premier said.

He said the NPC would continue to strengthen communication and cooperation with the Kazakh parliament, and contribute to the development of China-Kazakhstan strategic partnership.

Nazarbayev said he would support a closer relationship between the two legislative bodies.

He called China a close friend and strategic partner of his country. Kazakhstan, which is mapping out a development plan for the next five years, wants to learn from China's 12th Five-Year Program (2011-2015) and its experience in building an innovative nation, he added. 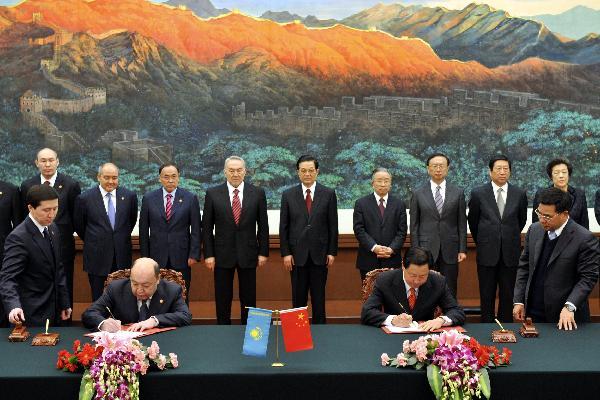 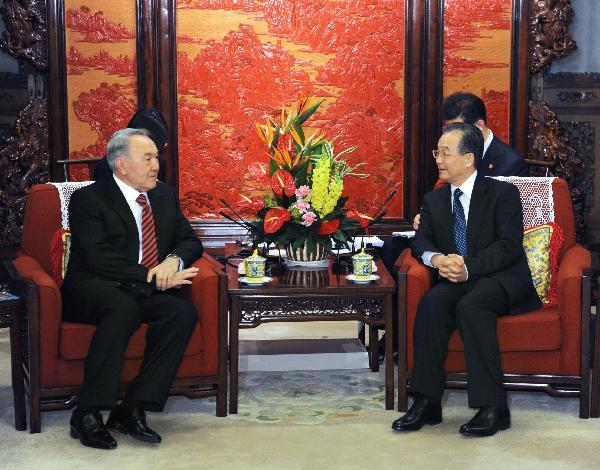