Li in his letter noted , dedicated to exploring national offshore oil and natural gas industry, Liu Jian showcased HUST's spirit, "to brave for competition and adapt to changes", as well as his abilities in independently restoring the deepwater Liuhua oil field facilities, which earned him wide acclaim in the international community. Liu made contributions to national economic progress by playing an important role in the post merger and acquisition integration of CNOOC and the promotion of refined management.

Li spoke highly of Huang Xiaoqing's commitment to China mobile and network industry. It is praiseworthy that Huang cares much about his alma mater and involves actively in the alumni work. Upon invitation he attended numerous HUST activities including the lecture series given by outstanding alumni and Qi'ming Forum, which greatly shows his love towards HUST and his care about HUST students. He was appointed as HUST guest professor on May 31. 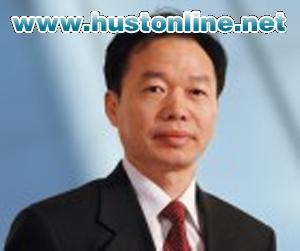 Liu Jian, born in 1958, is vice president and a member of Party leadership group of China National Offshore Oil Corp. He graduated from HUST majoring in internal combustion engine in January 1982. He then joined CNOOC and has years of experience in oil and gas industry. He served as a Manager of CNOOC Bohai Corporation Oil Production Company, the Deputy General Manager of Tianjin Branch of CNOOC China , General Manager of Zhanjiang Branch of CNOOC China , a Senior Vice President of CNOOC and General Manager of the Development and Production Department of CNOOC. In October 2005, he became an Executive Vice President of CNOOC. In November 2006, Mr. Liu was appointed as an Assistant President of CNOOC. He also served as Chief Executive Officer of China Oilfield Services Limited, a listed subsidiary of CNOOC, since March 2009. In May 2010, Mr. Liu was appointed as a Vice President and Party Leadership Group Member of CNOOC. http://en.cnooc.com.cn/data/html/english/channel_175.html 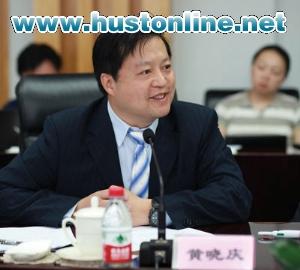 Bill Huang is general manager of China Mobile Research Institute and a national specially appointed expert of the 1,000-Talent Scheme. He graduated from HUST Department of Electronics and Information Engineering in 1982. Mr. Huang held position in AT&T Bell Labs and served as senior vice president and CTO.

He has in-depth experience and striking thoughts in IP media streaming, GEPON system, Multi-service Softswitch,etc. He proposed the architecture of soft switch network and initiated the International Softswitch Consortium and the first IPTV system. He has been a new technology advocator and leader in developing the next generation mobile network, applications and end-users devices.

He promoted TD-LTE TD-SCDMA Long Term Evolution to the mainstream standard of B3G beyond 3G and developed OMS , and this let China has more say in the international telecommunication industry.