A few days ago, Zhou Demin, a researcher in College of Resource and Environment of CNU, attended the international seminar as one of the expert committee of International Hydrological Plan (IHP). The seminar was held in the third largest city in Philippines, Davao, which was presided over by the IHP HELP project.

In the seminar, he was invited to do academic report and completely introduce the technological principle, characteristics and application method of our co-operated development software Image INFO . The software was highly praised by the officials of Philippine government and scholars, and the local newspapers had reported it for four successive days with UNESCO, China to Davao project watersheds as the title to show their appreciation for China s support.

The Image INFO software, developed jointly by our school with many units, such as the China Academy of Surveying and Mapping, was recognized and promoted by the UNESCO. It has been widely used by many developing countries such as Pakistan and the like. As we know, at this time, the Philippine government will put the software into the water resources development and management project in the Davao river basins of the Mindanao Island.

Driven by UNESCO, our researchers will work hard on the digital information acquisition of the urban water resources management to provide technical support, and strengthen the scientific and technological exchange and cooperation.

In addition, great achievements have also been made recently in the national natural science fund, hosted by researcher Zhou Demin, and it was reported by the special column of China funds in Science Times 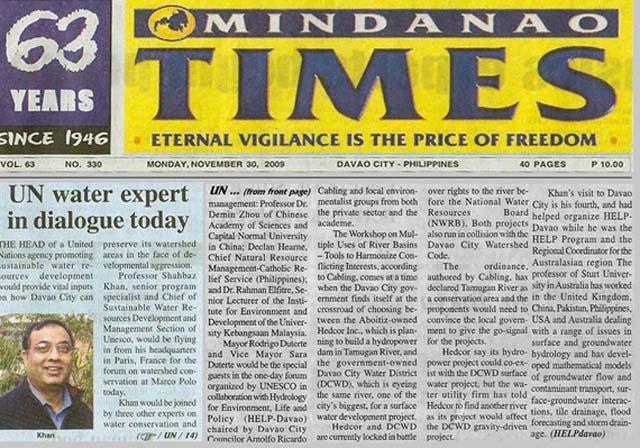 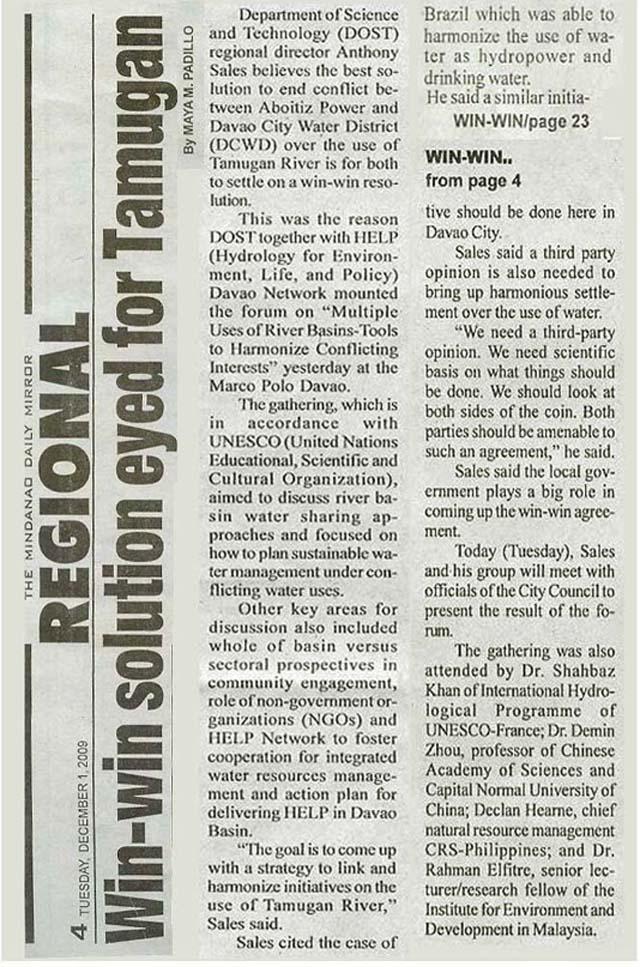