The fifth issue of Having Afternoon Tea with Mr. President

The fifth issue of Having Afternoon Tea with Mr. President

On the afternoon of December 28th, the 5th themed event of Having Afternoon Tea with Mr. President arrived in time. The president of Capital Normal University Liu Xincheng and over 60 students in the multi-function room of the international cultural buildings chatted about the topic The Normal Education in my Eyes while enjoying the tea. This activity was chaired by Ge Xinhao and He Yunxi who were the assistants to the president.

The difference of this time s afternoon tea activity lies in the tea, which is provided by a friend who is from the northeast of China. This friend was deeply moved when he read the relevant reports about the activity Afternoon Tea , and specially sent his hometown specialty--ginseng tea and a wholehearted thank-you letter to the president Liu Xincheng.

In the letter, this friend expressed his agreement with the activity Afternoon Tea and hoped that he could have the opportunity to visit Beijing and participate in the activity Afternoon Tea . The president Liu described the whole story of receiving this letter, expressed his thanks for this friend s support and hoped to extensively exchange ideas with the students so as to broaden each other s minds.

Later on, a dozen of students from different departments expressed their views about this topic The Normal Education in my Eyes , which was involved in many aspects such as the system of enrollment, training program, professional learning and cultural education, etc.. The president not only patiently asked for the students suggestions and earnestly answered the questions put forward by the students, but also told the students to make a plan for the future life and unswervingly pursue the professional ideals.

The activity about Having Afternoon Tea with Mr. President which is sponsored and supported by president Liu, has been successfully held for five times since November 2008. This activity aims to build a bridge and bond to promote the communication and exchange between students and the university, and to try to become the brand of campus culture construction. This activity is the final program of the series in this term. 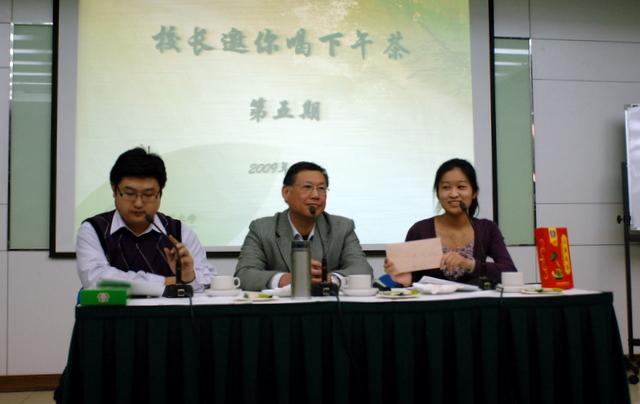 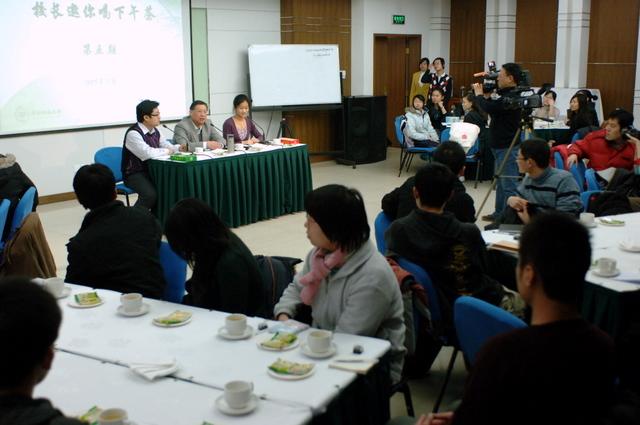 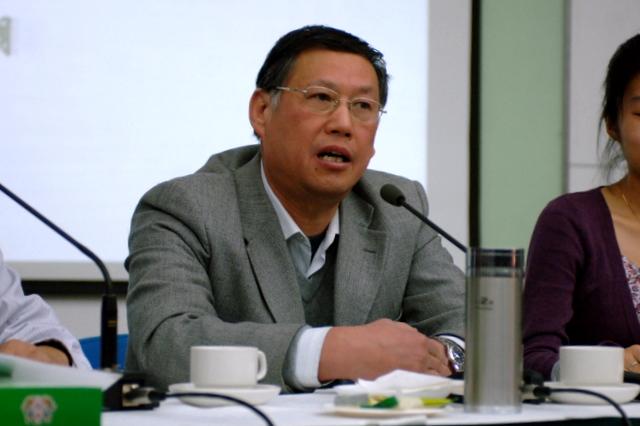