The Third Session of the 11th National Committee of the Chinese People's Political Consultative Conference (CPPCC), the country's top political advisory body, opened in the Great Hall of the People in Beijing Wednesday.

Most of the proposals of textile industry to the CPPCC are related to the following seven topics : 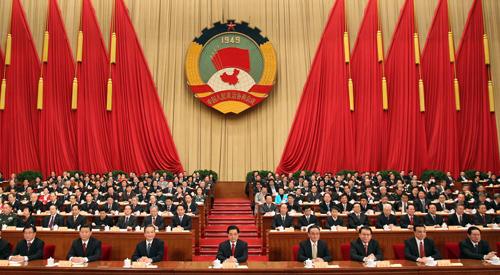 China's coastal industrial heartland is facing a severe labor shortage as many migrant workers have not returned.

With manufacturing slowly recovering amid improving economic conditions, cotton demand has increased prompting more orders among mills. However, with a deficient supply of cotton in the market, prices extend gains since the beginning of 2009.

3. Boosting the development of the middle and western land

As long noted, China's robust manufacturing output was largely being achieved through strong productivity of developed eastern provinces. However, over the past couple of years, China has been fastening its grand western development program, to boost the development of the middle and western land.

Chinese enterprises are eager to venture into high-grade textiles areas, but they have been put off due to high capital expenditure required to bring in the necessary technology. It may be true that foreign investment can play a role in industrial upgrading. However, the industry cannot depend on foreign investment alone for this. It will have to work with our own hands.

Although the textile industry has seen a recovery, international trade environment does not clear up and risks still exist. China is under growing pressure from its international trading partners, led by the US, Europe and Japan, to let the renminbi rise.

"Low-carbon" is one of the most popular buzz-words at this year's NPC session, as calls for a greener economy grow.

If an immediate yuan appreciation takes effect, some textile suppliers trust the government to announce additional export tax rebates as a support measure for exporters. This move, however, might not bring relief to many companies. Some experts said the current 16-percent tax rebate is already close to the 17-percent ceiling.