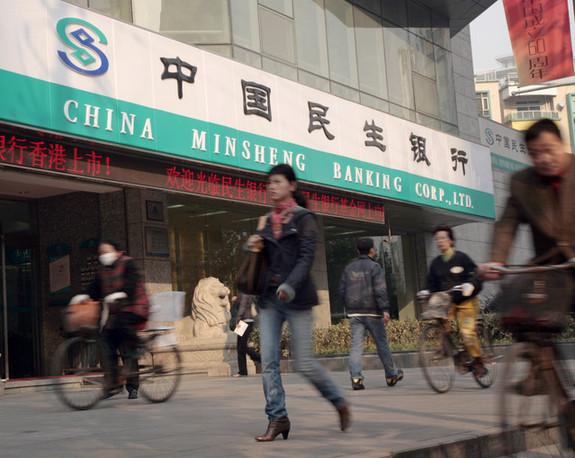 By the end of June, CMBC's capital adequacy ratio increased from the beginning of the year by 0.29 percentage point to 10.73 percent.

Senior executives of China Minsheng Banking Corp (CMBC), a major private lender in domestic market, said on Tuesday that its financing plan released in February will cover the bank's capital requirements for the next two and a half years.

"We are awaiting regulators' final approval to replenish capital," Zhao Pinzhang, vice-president of CMBC, said at a news conference held in Beijing.

Zhang Changlin, director of asset and liability management at CMBC, said that even if the government rejects the financing plan, the bank's current capital level will still meet operational needs for this year.

By the end of June, CMBC's capital adequacy ratio increased from the beginning of the year by 0.29 percentage point to 10.73 percent, but its core capital adequacy ratio declined by 0.32 percentage point to 7.75 percent, below the 8 percent minimum set by the China Banking Regulatory Commission (CBRC), according to the lender's half-year report, which was released on Aug 17.

Zhao said the bank is trying to reduce costs and is focusing on developing its intermediary business, which contributed 23 percent to total income in the first half, to reduce tied-up capital and increase efficiency.

At present, the bank's loan-to-deposit ratio stands at 73.26 percent, close to the 75 percent limit set by the CBRC.

"We are concerned about the bank's high cost to raise and use capital, especially given the slowdown of its retail deposit growth and smaller proportion of demand deposits," said Sun Peng, an analyst at BOC International (China) Ltd.

CMBC reported net profit of 13.9 billion yuan for the first half of the year, a year-on-year rise of nearly 57 percent. Its performance leads those of other banks that have already published half-year reports.

CMBC's total assets rose to more than 2.16 trillion yuan by the end of June, and revenue increased by nearly 49 percent to 12.8 billion yuan. The lender attributed the results to substantial improvement of income from loans and fees.

In the first half, its interest income -revenue from lending minus payments to depositors - rose by nearly 40 percent year-on-year while fees and commission revenue increased 75.6 percent from last year, which contributed to more than 20 percent of total income, said the bank.

The net interest margin, a measure of lending profitability, widened to 3 percent from 2.92 percent a year ago due to increased interest rates and credit demand.

Ye Yunyan, a banking analyst at China Galaxy Securities Co, Ltd, said the solid improvement in profit is largely attributable to the bank's 2009 strategy shift to increase lending to small and medium-sized enterprises, which allowed CMBC to lend at higher interest rates but exposed it to a higher risk of non-performing loans.

CMBC has 172 billion yuan in outstanding loans to local governments through financing vehicles and none of the loans are regarded as non-performing, said Wang Fang, deputy director of the lender's credit assessment department.

Tang Yayun, an analyst at Northeast Securities Co Ltd, predicted the bank will realize an increase in net profit of more than 35 percent year-on-year for the whole year and maintain profit growth of 25 percent in 2012.