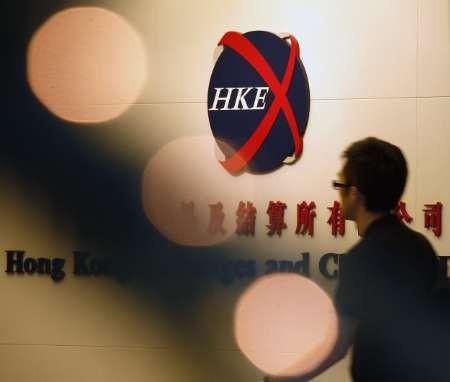 The HKEx has been attacked by hackers before, but not on such a large scale.

The news portal, which publishes listed companies' filings and financial results, became inaccessible around midday Wednesday. Seven Hong Kong-listed stocks and one bond, all of which released price-sensitive information earlier that day, were suspended from trading at approximately 1:30 p.m. Wednesday.

HKEx's other systems were not affected and trading in its securities and derivatives markets continued to operate normally, officials at the bourse said in a news release.

A preliminary investigation by the stock exchange's technical department attributed problem to hacking. But the source and purpose of the attack were not yet clear, HKEx CEO Charles Li said at a briefing Wednesday.

"I want to emphasize that [hacking] is the current assessment," Li said. "Hopefully we can bring it [the site] back online as soon as we can."

The HKEx has been attacked by hackers before, but not on such a large scale, Li said.

Officials at the exchange used another site, www.bulletinboard.hk, to publish issuers' filings during Wednesday's outage.

The news site had resumed operation Thursday morning, but a spokesperson at the exchange said the bulletin board will continue operation in parallel with the HKEx news Web site Thursday.

China's business press carried the story above on Thursday.