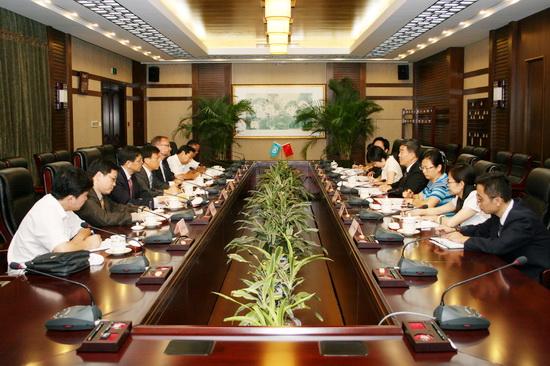 Vice Minister Niu spoke highly of the friendly cooperation between China and CGIAR, and expressed his appreciation to CGIAR for its contribution to China s agricultural science and technology as well as agricultural production and development. He added that the Chinese side would continue to pay attention to and support CGIAR s reform. Against the background of reform, Vice Minister Niu proposed three suggestions for further deepening bilateral cooperative relationship: first, we hope that CGIAR could, when necessary, offer Chinese officials and scientists posts in newly-established councils of the Fund, independent academic institutions and commissions for partnerships; second, we should continue our effort to strengthen the bilateral cooperation in storage and utilization of germplasm resources; third, we should further enhance our collaboration in major agricultural R&D projects.

Executive Secretary Wang completely agreed to Vice Minister s suggestions and reported the Chinese side on the latest development of the ongoing reform of CGIAR.

Vice Minister Niu also witnessed the signing of Memorandum of Understanding for Cooperation between Ministry of Agriculture of People s Republic of China and International Rice Research Institute.

Yao Xiangjun, Deputy Director General of the Department of International Cooperation, the Ministry of Agriculture, attended the meeting.