The profit growth was because of rising operating revenue as credit boomed and commission fees increased, said the bank. 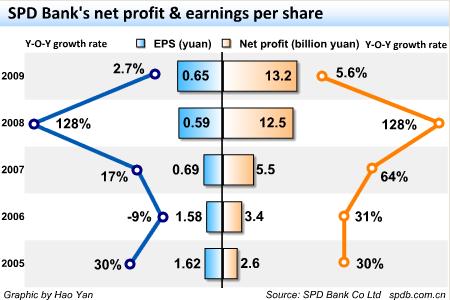 Income from lending which was encouraged by the government to boost domestic demand, rose 4.97 percent year-on-year to 46.7 billion yuan, the lender said. By the end of 2009, the bank's outstanding loans in Renminbi and foreign currencies reached 928.9 billion yuan, up 33.16 percent year on year. Special Coverage:2009 Annual Reports of Listed Companies

The bank said it targeted at above 25 percent annual growth in after-tax profit for 2010.