ICBC approved to expand in Europe

ICBC approved to expand in Europe 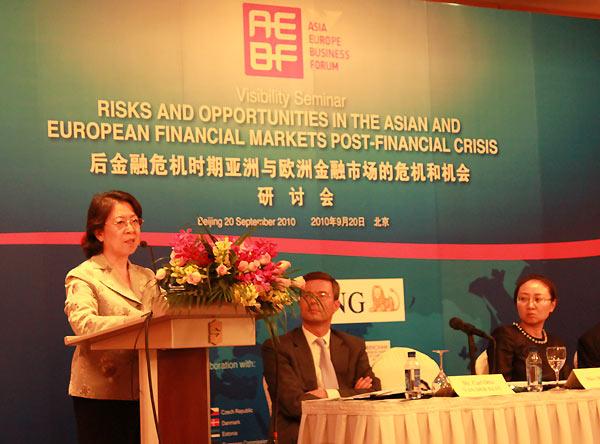 ICBC's Vice President Wang Lili makes a speech at the seminar on the risks and opportunities in the Asia and European financial markets during the post-financial crisis on September 20, 2010. [China.org.cn / Xu Lin]

ICBC, China's largest bank, is looking to expand its global network by opening branches in Belgium, France, Italy, the Netherlands and Spain to serve trade and economic cooperation between it and European countries. It already has branches, subsidiaries and representative offices in Luxembourg, Germany, England, Russia and Portugal.

Wang noted the difficulties for foreign bank to do retail and compete with local banks, saying ICBC was not looking to make "very big profits."

"But to be successful doesn't necessarily mean to be profitable, and our business strategy is to provide global financial services to our clients," she said.

Many of ICBC's clients are international corporations with investments in Asia and Europe, as well as other regions of the world. The European Union has become China's largest trading partner as well, with Sino-European trade amounting to US$219.4 billion in the first half of the year.