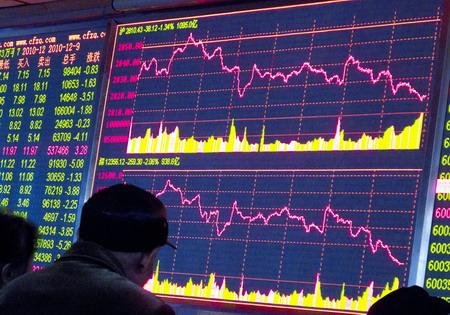 Stock prices displayed on an electronic screen as investors monitor and trade stocks at a securities exchange house in Shanghai. [Photo / China Daily] 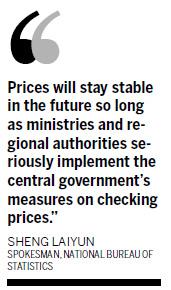 China stocks will not rebound rapidly. Some investors have noticed the policymakers' determination to fight explosive liquidity, Yang said.

The National Bureau of Statistics (NBS) announced that China's inflation rose to 5.1 percent in November, reaching a 28-month high. The growth was driven by an 11.7 percent rise in food prices. The figure was 10.1 percent in October.

China's central bank on Friday announced the third hike of the RRR for banks to curb accelerating inflation.

China's broad money supply (M2), which covers cash in circulation and all deposits, had increased 19.5 percent year-on-year to 71.03 trillion yuan ($10.76 billion) at the end of November.

It may develop stock bubbles if the POBC only increase the RRR but doesn't raise interest rates, said Lu Zhengwei, chief economist at Industrial Bank.

"The next year's consumer price index must be higher, so it is wiser for the government to raise interest rates by the end of this year, which can effectively relieve the inflation pressure in 2011," said Lu.

The Shanghai Composite Index has extended to a loss of 13 percent this year, and it has declined by 10 percent since a surge on Nov 8, according to Bloomberg News.

However, because the country's monetary policy became clearer after the economic conference, a turning point may appear in the stock market, and the share prices may turn up afterwards, said Gui Haoming, an analyst at Shenyin & Wanguo Securities.

"The market showed a rebound sign on Friday when the stocks climbed 1.1 percent at the close," said Gui.