Lenders may raise less from floats

Lenders may raise less from floats

SHANGHAI - Agricultural Bank of China Ltd (ABC) and Bank of Communications Co (BoCom) may raise less than estimated in share sales after a slump in stock markets, underscoring the challenges of replenishing capital depleted by record lending. 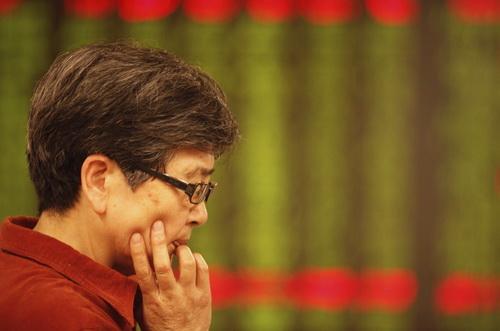 A worried investor in Shenyang, Liaoning province. Experts say Chinese bank shares are cheap now, but they ll become even cheaper and probably stay at that level for quite some time. [PROVIDED FOR CHINA DAILY]

ABC, China's fourth-largest lender by assets, will sell a 15 percent stake in an initial public offer (IPO), according to a prospectus published on June 4.

The lender will likely raise no more than $22 billion, Haitong Securities Co estimated, less than the $30 billion local media had reported.

BoCom said on Sunday that it will sell 33.07 billion yuan ($4.8 billion) of shares in a rights offer, about 20 percent less than initially planned.

Rivals including Bank of China Ltd that plan to tap equity markets must sway investors unnerved by Europe's sovereign debt crisis and the prospect of bad loans piling up in China after unprecedented lending last year.

"The outlook for the global economy is bleak and China won't be immune to a slowdown," said Lan Wang Simond, who helps manage $5 billion at Geneva-based Pictet & Cie Banquiers, including shares of Industrial and Commercial Bank of China Ltd (ICBC) and Bank of China Ltd.

"China banks' massive fund-raising plans are another overhang weighing down the market, so I would say the worst is yet to come for them," he said.

Wang said she reversed a decision to invest more in Chinese lenders after analyzing the industry, and hasn't decided whether to subscribe to ABC's IPO.

The Shanghai Composite Index slipped 1.4 percent, taking this year's decline to 23 percent and making the gauge the worst performance among the world's 10 largest equity markets.

ABC, China's largest lender by customers, plans to sell 22.235 billion shares in Shanghai and 25.411 billion shares in Hong Kong, excluding an over-allotment option, according to a document posted on the securities regulator's website.

In addition to ABC's and BoCom's offerings, publicly traded competitors have announced plans to raise at least a combined 280 billion yuan in stock and bond sales.

"China banks are cheap now, but they'll become even cheaper and probably stay at that level for quite some time as the domestic and global economies worsen," said Leo Gao, who helps oversee about $600 million at APS Asset Management Ltd in Shanghai. "Until the Chinese policymakers lift their tightening hand for a bit, I would stay away from banks."

Gao said he wouldn't participate in ABC's IPO even if the bank prices the shares at 1.3 times price to book.

ABC's prospectus didn't give a price range or an amount that the lender would seek to collect. The company may seek to raise as much as $30 billion, Apple Daily reported last month. China's securities regulator said it will review the IPO plan on June 9.

The IPO, which may be the world's biggest since ICBC raised $22 billion in 2006, may force ABC to improve corporate governance standards so it can join rivals in tapping capital markets to aid expansion and meet demand for loans.

ICBC, China Construction Bank Corp, Bank of China and BoCom would require at least 1.7 trillion yuan of additional capital to sustain the nation's 8 percent economic growth and meet 15 trillion yuan of loan demand over the next five years, according to estimates from Yang Kaisheng, president of ICBC, in April.

ABC forecasted that its full-year profit to rise to at least 82.9 billion yuan from 65 billion yuan in 2009 in its prospectus. It said without sufficient capital it may not be able to maintain an average 21.7 percent annual loan growth since 2007.