Farewell to the times of '800 million shirts'

Farewell to the times of '800 million shirts' 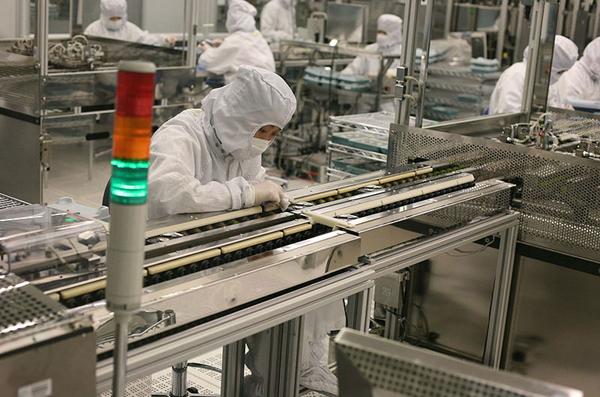 For a long time, "Made in China" has represented low-end, labor-intensive industrial products in the eyes of Western enterprises and consumers. In their eyes, Chinese labor was unskilled drudgery, where workers handled tasks like making 800 million shirts for a Western airplane.

But before we knew it, China started to upgrade its industrial development model. By 1995, mechanical and electrical products overtook textiles as China's major export. In recent years, high-tech products have made a significant contribution to export growth. As early as 2006, China had already exceeded European Union and the United States to become the world's largest exporter of high-tech products. In 2010, China became the world's largest manufacturer, outpacing Germany, with its high-tech export sector ranking second in the world.

John Quelch of the China Europe International Business School (CEIBS) recently published an article in the Wall Street Journal on five myths and common misconceptions about business in China. In the article, he states that a common misconception about Chinese firms is that "they can imitate, but can't innovate."

On the contrary, high-quality products with a "Made in China" label have made a deep impression throughout the world. On March 19, the Tokyo Electric Power Company, known for its role in the Fukushima Nuclear Crisis, sent letters to both the Chinese Embassy in Japan and Sany Heavy Industry to request Sany's help in providing a 62-meter concrete pump truck for the Fukushima rescue effort. When the truck was delivered to Japan, it played a major role in helping to contain radiation leakage from the Fukushima reactor cores.

In April 2008, CNN host Jack Cafferty, who appears on the network's "The Situation Room," said while the U.S. runs up a huge trade deficit with China, "we continue to import their junk." On hearing this, Shanghai Zhenhua Port Machinery Co. challenged Cafferty to look at its port technology installed at ports in the United States. The company said it would sue him for libel if he repeats remarks stating that Chinese products were "junk." Today, the Chinese steel giant Zhenhua is building the new San Francisco Bay Bridge, which will be a new landmark for the United States after its completion.

In addition to China's manufacturing output, China also employs more research and development staff than anywhere in the world. The number of scientific papers published by Chinese scholars in international journals ranks second in the world and will soon surpass the United States.

China's nickname may soon change from the "world's factory" to the "world's laboratory." Hu Angang, director of the Research Center for Contemporary China at Tsinghua University, recently pointed out that China is transforming "from a populous nation to a powerful nation with talents."

(This article was written in Chinese and translated by Li Huiru.)