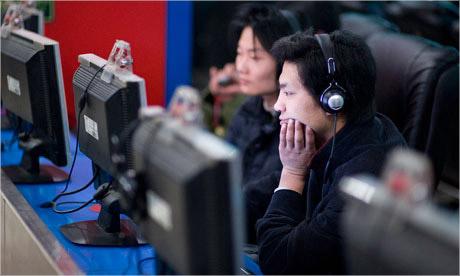 China's answer to Facebook is planning a stock market float in the US, potentially making it the first social-networking site to go public.

Renren.com has hired the investment banks Morgan Stanley, Credit Suisse and Deutsche Bank to advise it on the initial public offer (IPO), which could raise $500m ( 310m), according to the Financial Times.

Estimated to have 22m active users, renren which means "everyone" is the largest site of its kind in China. It was founded in 2005 by three Chinese graduates of the University of Delaware under the name of Xiaonei, or "inside school", and is now the most popular social network among Chinese students.

The IPO would follow successful recent debuts by other Chinese tech stars. The online TV company Youku.com listed on the New York Stock Exchange in December. Its shares closed up 161% on the first day of trading and have performed well since. Shares in the e-commerce site Dangdang jumped 87% on the first day and have continued to increase in value. Baidu, China's answer to Google, has been listed on the NYSE since 2005 and its shares have risen 4,660% to date.

Research by Quid.com, a Silicon Valley analyst and consultant, shows that in the fourth quarter of 2010, $2.5bn of new investment went into tech firms, the majority into e-commerce sites. Of the top 20 investments by size, 10 went to Chinese companies, including a $425m investment led by Walmart in online retailer 360buy.

The number of internet users in China hit 420m last June, more than any other nation, according to the state-run China Internet Network Information Centre.

Renren's largest backer is Japan's SoftBank, which owns a 40% stake. In Tokyo, SoftBank's shares hit a four-year high on news of the possible IPO. LinkedIn, the business-focused social network, has filed for an IPO. Groupon, the online discount company, is also considering a flotation as it looks to expand its business into China.

Facebook, the biggest social network of all, may go public in 2012 and now has an estimated value of $60bn. Along with other western social media sites, including Twitter and YouTube, it is blocked by censors in China, and while its users have found ways around the ban, their numbers are small.