China says land sales shot up 70 percent last year as the country's land and resources minister warned of social unrest among frustrated Chinese who can't afford to buy a home.
Land and resources minister Xu Shaoshi says 2.7 trillion yuan ($470 billion) was spent on land transactions last year. His comments Friday were posted on the ministry's website.
He said the land transactions had resulted in uneven benefits and social conflicts.
Authorities have been trying to cool China's property market by discouraging investment buying that has helped drive prices out of reach for many city dwellers. 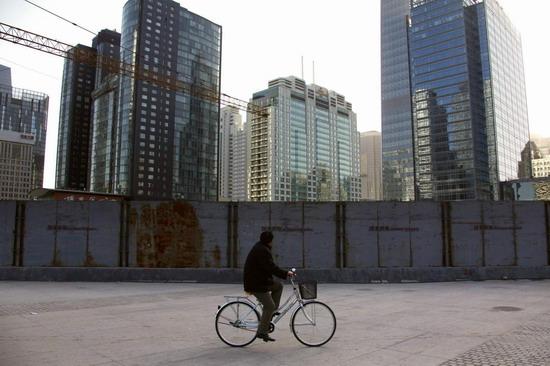 A man looks up at new buildings and others that are still under construction as he rides his bicycle in central Beijing December 8, 2010. 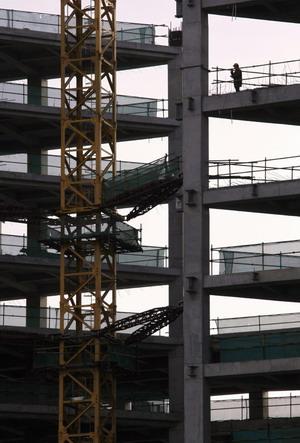 A worker stands on a high-rise building under construction in central Beijing December 8, 2010.