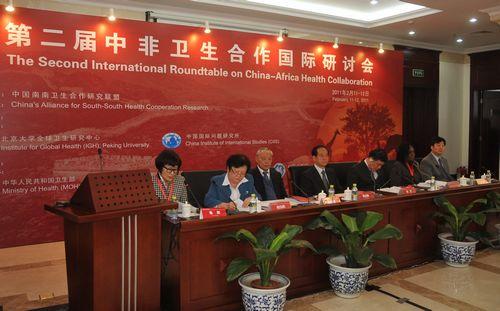 Scene of the meeting 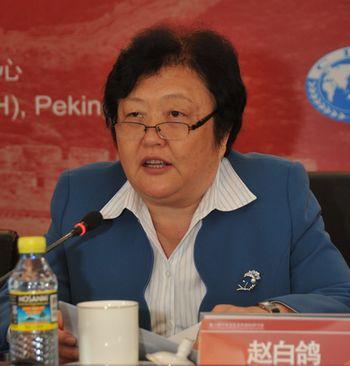 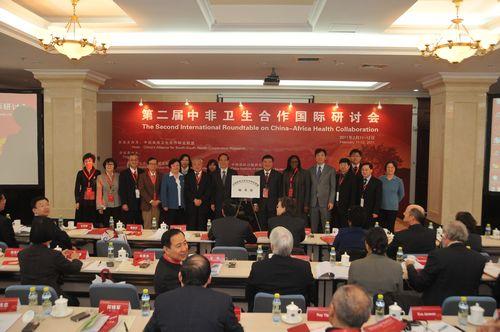 On the 11th and 12th of February 2011, the Second International Roundtable on China-Africa Health Collaboration, hosted by China s Alliance for South-South Health Cooperation Research, took place in Beijing. Dr. Zhao Baige, Vice Minister of National Population and Family Planning Commission of China (NPFPC) attended the meeting and made a speech at the opening ceremony.

45 and one fourth of the family planning needs were unmet; the contraceptive prevalence rate of Sub-Sahara was only 22%, the lowest in the world; and it was also a region with the highest child mortality rate in the world with about one seventh of the children died before five years old there. The above groups of data fully illustrated that it was of great significance to continuously improve the health level of the Chinese and African population for the realization of Millennium Development Goals (MDGs) and the development of the entire mankind.

Vice Minister Zhao Baige said in her speech that capacity building was the key issue for south-south cooperation and also the basic and priority issue for development. It contained construction of human resources and technical support at various aspects such as strategy, management and technology. She suggested that China-Africa health collaboration would demand a batch of new-generation professional forces which should be trained through practice and possessed local knowledge and global thinking, and an organizational and administrative system established and perfected on such basis.

Mr. Han Qide, Vice Chairman of the Standing Committee of the National People s Congress attended the opening ceremony and announced the establishment of China s Alliance for South-South Health Cooperation Research. Dr. Margaret Chan, Director General of World Health Organization (WHO) sent a video address to the meeting. Health Minister Chen Zhu and Vice Minister of Foreign Affairs Zhai Jun also attended the meeting and made speeches. More than 100 participants attended the meeting, including senior officials in charge of health affairs from related Chinese ministries (commissions) and African governments, and representatives from UN agencies, international organizations, NGOs, academic institutions and enterprises. There were energetic and productive discussions during the two-day meeting, around such topics as opportunities and challenges for China-Africa health collaboration, MDGs, partnership of governments and enterprises in south-south cooperation, and channels and measures for multilateral health collaboration.