RIYADH: Commerce and Industry Minister Abdullah Zainal Alireza said on Sunday that Saudi Arabia has identified 27 countries for agricultural investment. A technical team has already visited 14 countries to explore investment prospects, he pointed out.
Opening a workshop on strategic food reserves organized by the Riyadh Chamber of Commerce and Industry, Alireza said Saudi businessmen would be the main investors in the projects, adding that the state would provide them with necessary incentives.
He said part of the agricultural goods would be supplied in local markets of producing countries, which have to provide necessary protection to investors through long-term agreements. A model investment agreement has been prepared and approved, he added.
Alireza said the first agreement in this respect was signed with the Philippines in February 2010. We have to set out a mechanism to ensure supply of agricultural products in the Kingdom at reasonable rates. We should also take steps to store main agricultural crops to ensure food security, he pointed out.
The minister disclosed plans to establish a Saudi company for overseas agricultural investment, adding that agricultural projects in foreign countries would be financed by the Saudi Fund for Development as well as other financial institutions.
Agriculture Minister Fahd Balghoneim emphasized the importance of strategic food reserves to confront food crisis in the future. International experts have warned that food prices would go up in the future, he said, while disclosing plans to increase food reserves to 600,000 tons for three years.
Abdul Rahman Al-Jeraisy, chairman of the Riyadh chamber, commended the government s efforts to achieve food security. Saad Al-Khoraif, chairman of the food security committee at the chamber, said the workshop was held in support of the initiative of Custodian of the Two Holy Mosques King Abdullah for overseas agricultural investment. The Kingdom has a strategic reserve of 1.4 million tons of wheat that can meet requirements for six months. 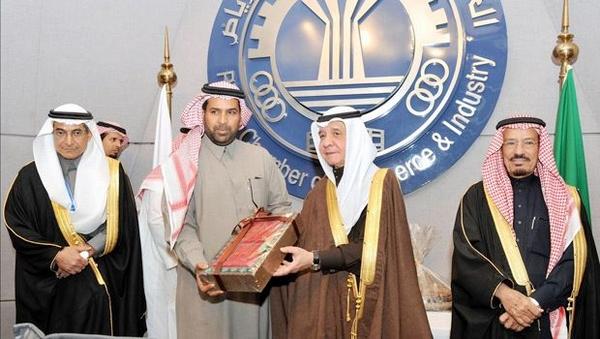