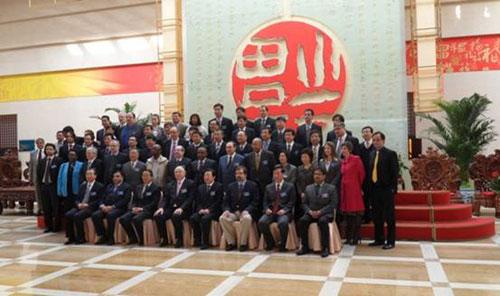 A symposium of think tanks offering advice and suggestions for the formal meeting of the leaders of BRICS nations kicked off in Beijing recently.

Before the upcoming third formal meeting of leaders of BRICS countries, the "BRICS Think Tanks Symposium," launched by the major academic institutions of the BRICS countries, opened on March 24 in Beijing.

The meeting, the theme of which is "Development, Cooperation, Sharing," is organized by the Research Center of Contemporary World economy and the China Foundation for Peace and Development.

Over the course of the two-day Symposium, more than 60 Chinese and foreign experts and scholars from China, Brazil, Russia, India and South Africa will mutually exchange ideas on the current world economic situation as well as common challenges and opportunities for the BRICS countries and offer their suggestions for expanding and deepening the national governments of cooperation for the BRICS countries.

The purpose of this symposium is to provide intellectual support and policy advice for the third formal meeting of the BRICS leaders, which will be held in Sanya, China, through discussion and exchanges.

Sun Jiazheng expressed warm welcome to the participants on behalf of the experts and scholars from South Africa. South Africa is taking part in the conference for the first time.

At the opening ceremony, the deputy chairman stated that China hopes that the experts and scholars feel free to say what they want. In this way, they will contribute to the very wisdom that will strengthen global economical recovery and promote the continued development of cooperation among of the BRICS Countries.

Three pieces of advice for brainstorming were given by Sun Jiazheng. The first is to research the opportunities and challenges facing the BRICS countries. Second, come up with advice to strengthen economic development and social progress. The symposium needs to focus on major financial problems of the world economy, and promote to establish a more equitable, just, inclusive and orderly international economic order. Third, it should make efforts to strengthen the communication between the think tanks of the BRICS countries, share research results and promote learning from each other.

According to the meeting agenda, the current BRICS countries think tank symposium will discuss in depth how to tackle the financial crisis, international trade, global climate challenge, foreign direct investment, technological innovation and other topics. 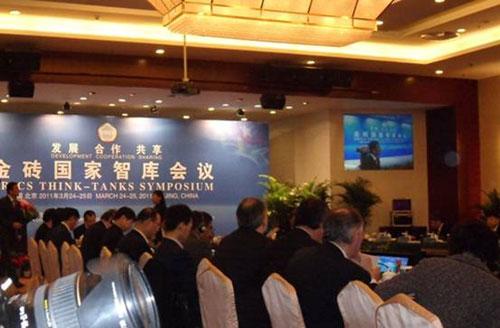