Even with market slowing, Shanghai VW powers ahead

Even with market slowing, Shanghai VW powers ahead 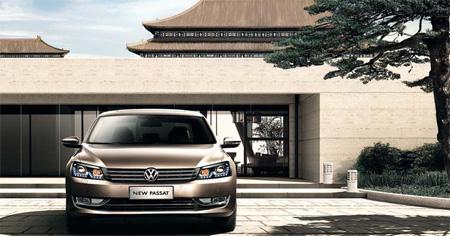 Since hitting the market in mid-April, the latest generation Passat registered sales of more than 32,000 units. [China Daily]

Shanghai Volkswagen, the joint venture between SAIC Motor Corp and German automaker Volkswagen Group, reported a 14.4 percent increase in sales between January and August this year at a time when the overall auto market edged up just 3.3 percent.

The company's Volkswagen-brand lineup includes the Passat, Tiguan, Polo, Lavida and Touran. After hitting the market in mid-April, the latest generation Passat saw brisk sales of more than 32,000 units.

The company said sales of the mid-sized sedan will increase further as production expands at its new Nanjing plant. Combined with sales of previous versions, the Passat family sold 101,000 vehicles in China in the first eight months of 2011.

And August marked a record month for the Tiguan SUV as its sales surpassed 12,100 units.

The Lavida compact remains the red-hot seller in its segment with 14,000 cars delivered last month despite a temporary halt in production for an overhaul of its production line.

In addition to the strong performance by Volkswagen, the joint venture has continued to build awareness of the Skoda brand, which was little known to Chinese customers until four years ago when the Czech car was first produced in the country.

The subcompact Skoda Fabia now ranks among the top three in its segment with sales of 4,080 units last month, up 56 percent over a year ago.

The Skoda Octavia compact reported sales of more than 10,000 units last month, among the top sellers in its segment.

The brand's flagship model Superb sold more than 3,100 units in August, which pushed its sales in the first eight months to nearly 30,000 units, a 20 percent increase over a year earlier.

Established in 1985, Shanghai Volkswagen has grown into the largest car joint venture in China with both sales and production exceeding 1 million units last year.

The company just set a new record in the domestic auto industry earlier this month when its 7 millionth car rolled off the production line. It took less than 11 months for the carmaker to produce 1 million cars after its 6 millionth was made in October 2010.

It now has four plants in Shanghai and Nanjing. A fifth is under construction in Yizheng, Jiangsu province, which will boost the joint venture's annual capacity by another 300,000 units after it starts production next year.

Volkswagen has another joint venture - with FAW Group producing VW and Audi brand cars - that is also building a new factory, in Guangdong province, to increase capacity.

The German auto giant plans to invest 10.6 billion euros in China, its biggest market worldwide, for new models and capacity expansion in the next five years.

The automaker said the challenge ahead is truly increasing capacity and technology as a result of the huge investment while maintaining product quality and service levels amid such rapid growth.