By the end of last year, Nanjing's service outsourcing industry had employed 120,000 college graduates, and the government would continue its efforts on training and employment promotion this year, Wang said. 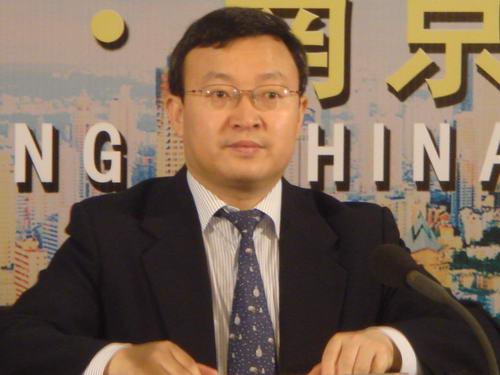 Wang Shouwen, vice mayor of Nanjing, Jiangsu province, at a press conference of the 3rd CISOCC on Thursday in Nanjing. [chinadaily.com.cn]

There are eight overseas service outsourcing organizations working as co-organizers for the 3rd CISOCC, said Huang Zheng, vice councillor of China Council for the Promotion of International Trade, Jiangsu Sub-Council.

Contract value in this sector jumped 178 percent year-on-year to $2.21 billion in 2009. Offshore contract value took up more than half of the total, reaching $1.32 billion, a growth of 192 percent from the previous year.

During the first quarter of this year, the agreement contract value hit $1.87 billion, up by 33.8 percent year-on-year.

Press conference of the 3rd CISOCC held in Nanjing on Thursday. [chinadaily.com.cn]