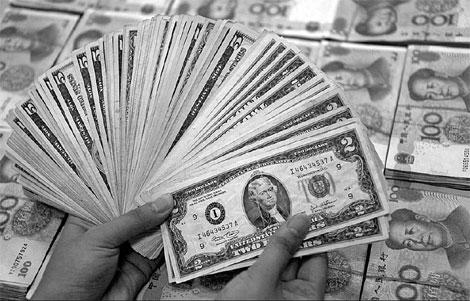 
In China's multi-billion-dollar mergers and acquisitions (M&A) market, the big domestic investment banks such as the China International Capital Corporation and foreign giants including Goldman Sachs are no longer the only market-makers.

"China is really going through a wave of consolidations and I just feel that there is so much opportunity," said Irene Tanner, managing director and co-founder of China eCapital Corporation, a Beijing-based boutique investment bank.

Unlike their large peers, boutique investment banks are often specialized in certain types of business including the giving of financial advice on M&A deals, private placements and initial public offerings. They tend to target the mid-market deals and focus on smaller but high-growth companies that are often ignored by large investment banks.

China eCapital, founded in 2000, is the first boutique investment bank in China. Riding on the country's Internet boom, it started its business by providing financial advices for Internet and high-tech companies. Later on, the boutique bank expanded its business to media, healthcare, consumer service and clean technology sectors that are experiencing rapid growth and are starting to consolidate through M&A activity to increase scale and competitiveness. For domestic boutiques such as China eCapital, the booming trend of M&A in China will be key to their business growth in the next three to five years especially at a time when deal-making as an investment strategy is making a comeback globally after the credit crunch during the global financial crisis.

"There has been a lack of credit in the market since the financial crisis and there were not so much venture capital and private equity activities for a period of time. So I think M&A is going to be a clear focus for us in the future," Tanner said.

According to the China Venture Capital Research Institute, one third of the M&A deals in China were carried out by smaller boutique investment banks last year and the value of those deals accounted for 85 percent of the total amount.

The financial volatility in the global markets and the increasingly strong presence of Chinese companies in the global markets are also fueling more cross-border M&A activities. Chine eCapital earlier this year advised the Chinese online gaming company Shanda Games in its $80 million acquisition of American game network Mochi Media, one of the landmark outbound deals in the gaming industry.

"Outbound deals are growing rapidly as valuations in the US have come down and a lot of Chinese companies are becoming stronger," Tanner said. "Also, foreign companies want Chinese investment not only because of the money but also because it gives access to the market."

Although China has a burgeoning M&A market, the boutique investing banking industry is still in its early stages with the market dominated by only a few boutique banks such as China eCapital and its peers, China Renaissance Partners and the Hina Group.

Tanner said it took patience and time to build the business in China because reputation matters most for smaller boutique investment banks that are still in their infancy.