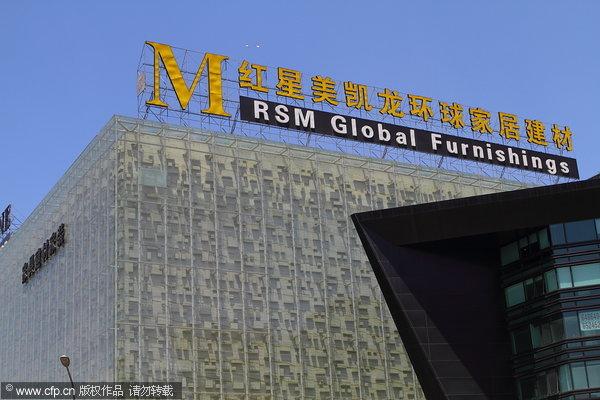 A franchised store in Red Star Macalline Furniture Mall at Shenzhen was reported to have sold fake "Hilton" furniture and another franchise store based in Red Star in Qingdao, Shandong province was found selling fake diatom mud, a decorative wall material, according to the CBN.

Red Star made an announcement on Wednesday explaining the fake "Hilton" scandal but there was no explanation as to how the fake furniture landed in the stores without the head office's knowledge.

A brand manager of Red Star told the reporter that the sale of fake furniture was only in one of its malls in Shenzhen, the franchised store has been shut down and compensation agreement have been reached with customers.

The scandal not only demonstrates the flawed management of Red Star, but also the pressure that high rent has on desperate retailers, an industry insider said.

Recent increases in the cost of raw materials, rent and human resources have caused a sharp shrinkage in profit for the furniture industry. Many furniture stores have now chosen to sell fake brand to increase profits, CBN reported.