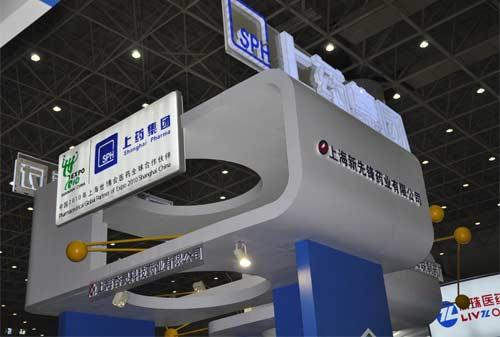 Shanghai Pharma hasn't yet allocated the $770 million it raised from its HK$16 billion initial public offering in May and had cash and cash equivalents of 15.8 billion yuan ($2.4 billion) as of June 30, it said on Monday.


Shanghai Pharmaceuticals Holding Co, which has almost $2.5 billion in cash, may make its first acquisition outside China by the end of the year, spurred by a plunge in pharmaceutical stocks and a stronger yuan.

Targets may include mid-sized drugmakers in the United States or Europe that would help the Shanghai-based company, China's second-largest drug distributor, expand its portfolio of medicines, Chairman Lu Mingfang told reporters on a conference call on Monday. He didn't identify any candidates.

Overseas purchases are becoming cheaper after shares of healthcare companies slumped in Europe as the region's sovereign debt crisis deepened and as investors in the US speculated the economy may contract. Since 2010, Shanghai Pharma has bought, or agreed to make, at least nine acquisitions to expand its distribution business.

Buying assets abroad may help Chinese drug makers improve their image and brand awareness, according to a report by KPMG Advisory (China) Ltd in May.

"We hope to complete a major acquisition in the next six to 12 months that we hope will enable us to raise the quality of our innovative drugs portfolio," Lu said. "The current market conditions are conducive for us."

A stronger yuan is also reducing the cost of overseas purchases. The Chinese currency reached 6.39 a dollar on Aug 12, the strongest since the country unified official and market exchange rates at the end of 1993.

Shanghai Pharma is reviewing about 10 potential targets, which are "medium-sized manufacturers, including brand-name drug manufacturers", said Johnson Sun, a health-care analyst at Guotai Ju nan Securities HK Ltd in Hong Kong. The acquisition price may be about HK$6 billion ($770 million), he said.

Shanghai Pharma hasn't yet allocated the $770 million it raised from its HK$16 billion initial public offering in May and had cash and cash equivalents of 15.8 billion yuan ($2.4 billion) as of June 30, it said on Monday. "We think it would be the first M&A case in China's pharmaceutical industry," Sun said. "The news would be quite positive to its share price."

Many companies in China are aiming to go overseas for their next growth opportunities, according to KPMG.

"The main motivation for them to go abroad is a deep concern for building brand awareness and a trusted image domestically," KPMG said in the report. "It is important for local companies to work on the trust factor because Chinese consumers tend to have more faith in foreign brands."

China's pharmaceutical market, the world's third-largest, is supplied by more than 5,000 local companies, almost all of which produce generic medicines, according to KPMG. China's generic-drug industry was worth $29.3 billion in 2009, accounting for 63 percent of the pharmaceutical market.

To date, all of Shanghai Pharma's acquisitions have been in China. In April, it won regulatory approval to take control of China Health System Ltd, the third-largest drug distributor in Beijing. "A foreign acquisition would be the first for Shanghai Pharma, so there would be a steep learning curve," said Derrick Sun, an equity analyst with BNP Paribas Securities (Asia) in Hong Kong. "If they actually acquire something in Europe or the US, how to make the acquisition a success is a huge uncertainty, so I won't be too excited about it at this stage."