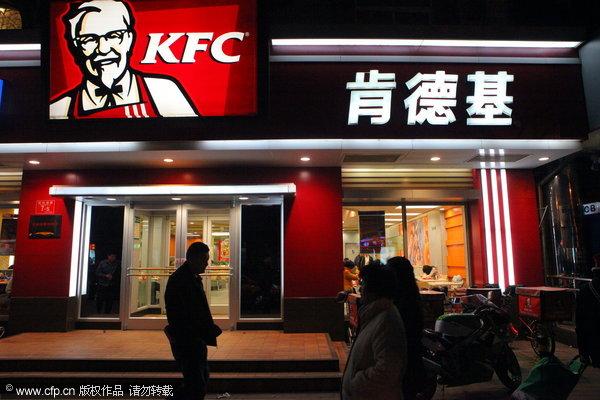 On Tuesday, the workers with the institute conducted tests on the oil used by some KFC restaurants in Shanghai to deep-fry chips and chicken, in response to recent media reports that criticize KFC over its use of oil.