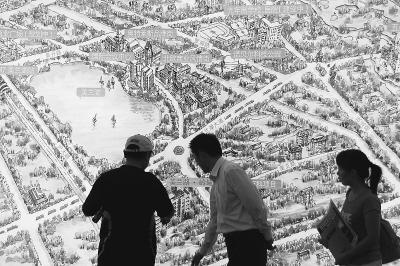 Official statistics show that in the first five days of the holiday, only 547 housing units were sold in Beijing, down 24 percent from the same period last year.

During the holiday, daily housing sales in Shanghai stood at about 100 units, while in Guangzhou, Hangzhou and other big cities, the figures remained at only two digits.

Real estate analysts said that the chilly atmosphere in the housing market will undoubtedly worsen developers' financing difficulty, and as a result, lead to a turning point of housing price.

Explaining the current market conditions, Hu Jinghui, senior real estate expert with B.A. Consulting, said that one reason is policy restrictions on home buyers, another is most home buyers are expecting the price to drop and would rather wait and see.

To boost sales, some developers have launched favorable sales policies to attract buyers, but mostly not favorable enough to move buyers.

"Slight price cut would not be able to push up sales, the market sales would remain gloomy in the 4th quarter," said Zhang Dawei, senior researcher with Centaline Property Beijing.

The Chinese government has launched a series of policies to reign in the skyrocketing housing prices, including purchase limits in cities and reduced liquidity; higher down payments, the introduction of a property tax in some cities and the construction of low-income housing projects.

To drain excessive money out of the market, the People's Bank of China, the country's central bank, has raised its reserve requirement ratio for banks 12 times and hiked interest rates five times since the beginning of last year.

"The recent figures indicate that the government's measures are having a gradual impact," said Wang Pei, a property analyst from CEBM Group Ltd., an independent investment advisory firm.