BEIJING - Faster-than-expected export growth in May is unlikely to prompt the government to have a major rethink of its current policies on trade and the currency.

Yao Jian, spokesman for the Ministry of Commerce, said the "stability" of China's trading policy is "paramount", given the murky economic situation in Europe, which is China's biggest trade partner.

He said robust exports in May were mainly a result of orders booked before the deepening of Europe's debt crisis.

"In the next few months, the negative impact of Europe's debt crisis on Chinese exports may gradually show up," Yao said on Saturday. 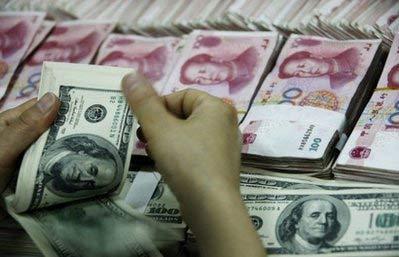 Faster-than-expected export growth in May is unlikely to prompt the government to have a major rethink of its current policies on trade and the currency, official said. [Agencies]

China's exports surged by nearly 50 percent in May year-on-year, exceeding most analysts' forecasts and producing a monthly trade surplus of $19.5 billion. Exports to the European Union were up 34.4 percent in the month from a year earlier, while exports to the United States rose 24.8 percent.

The exceptional performance of the trade sector has reignited foreign pressure on China to kickstart its foreign exchange regime reform, which some predict will take place in the wake of the G20 meeting in Canada next week. The yuan has remained largely unchanged since July 2008 against the dollar, after it rose by 20 percent from 2005, to help enterprises weather the global financial crisis.

US Treasury Secretary Timothy Geithner said on Thursday that the "distortions" in China's currency policy are spreading far beyond its borders, adding that currency reform was critically important for the United States and the global economy.

US Senator Charles Schumer, a Democrat, said on Wednesday that lawmakers intend to move forward in the next two weeks with a bill that would punish Beijing for currency policies that critics say destroy Americans' livelihoods.

China experts, however, said Beijing is unlikely to greatly alter its exchange rate policy based on the spectacular export growth last month.

"I don't think the export figure alone will force the Chinese government to accelerate the appreciation of the yuan," said Lian Ping, chief economist of Bank of Communications. He said high export growth cannot continue in months ahead as the impact of the European crisis on the Chinese economy is set to magnify.

Yao reiterated that a rising yuan cannot solve the trade imbalance between China and the United States.

He also said that the recent wave of wage rise demands in South China is not likely to affect the country's foreign direct investment (FDI) inflows.

According to figures from the commerce ministry released on Saturday, actually utilized FDI rose 27.48 percent to $8.13 billion in May, the 10th consecutive monthly rise.

Many experts have expressed concerns that wage rises will force overseas-invested firms to move to neighboring countries such as India and Vietnam, where wage bills are lower.

"The cost of labor is no longer what foreign firms care most," Yao said.