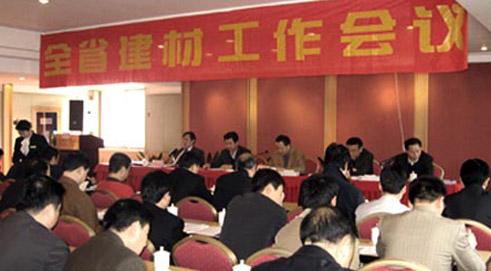 The Working Conference on Building Materials of Hunan Province was convened on the morning of March 24. In 2010, the main business revenue of building material enterprises above the designated size hit 137.84 billion yuan.
In is learned that among the major building material products, the growth rate of sanitary ceramics, toughened glass and architectural coatings exceeds 20%, higher than the nation's average level.
According to Fan Jiasheng, director of the Building Material Industry Administration Office of Hunan Province, since the beginning of the "Eleventh Five-Year Plan period (2006-2010), the building material industry has vigorously transformed economic development mode. It has gradually developed from an industry featured with high energy consumption, heavy pollution and high resource consumption into a two-oriented (resource-saving and environmentally-friendly) one. Targeted at the above-mentioned features, Hunan Province has carried out energy conservation and emission reduction as well as comprehensive utilization of resources. Up to the end of 2010, 35 new-type dry production lines across the province have been equipped with low-temperature waste-heat power generation facilities and 30 sets combined to the grid, accounting for 30% of the power consumption of enterprises. The building material industry disposed over 20 million tons of industrial residues per year.
Translator: Zhang Minsi
Source: www.enghunan.gov.cn