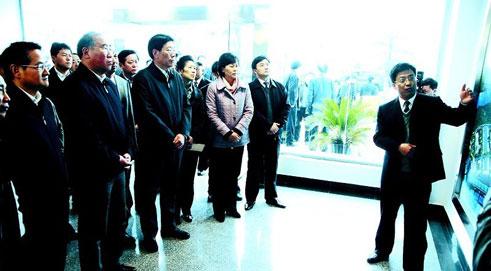 Vice Chairman of the National Development and Reform Commission (NDRC) Xie Zhenhua headed a delegation to Changsha for the investigation on the Two-oriented Society construction, recycling economy, energy conservation and emission reduction on March 20 and 21, 2011.

The delegation was surprised at a popular online video at Broad Group, which demonstrates that the company spent only 6 days in building a 15-storey hotel.

Energy efficiency in buildings is of great significance to the sustainable development, Xie Zhenhua remarked, and new buildings especially need to strictly observe the energy-saving standard.

During the investigation, Xie fully confirmed the achievements the city has made in energy conservation and Two-oriented Society construction. Besides he expected the city could accumulate experience during practice and give full play to its leading role.