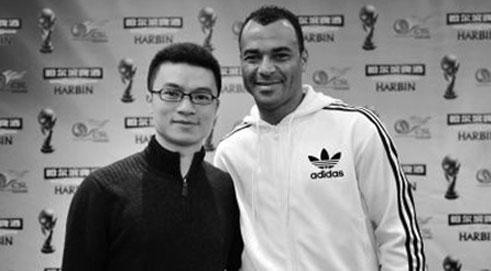 One of Brazil's football legends is generating soccer excitement in China. Former Brazil national team leader Marcos Cafu appeared at Helong Stadium in Changsha on the afternoon of March 20, 2011. He's promoting the sport with a program that encourages people to play the game at ease. The 2011 football season initiated by Harbin Beer was announced to start.

"I quite agree with the concept of playing football at ease proposed by the sponsor. This is also the major reason that I act as the ambassador of this activity." Cafu told a reporter on the site of the activity.

It is revealed that after the launching ceremony the program will spread across China. At the same time, a 6 Vs 6 football match for amateurs will be introduced in a series of games. The final will be held in Chengdu this May, and champion team will be granted the chance to take part in the world-wide final of the activity in Argentina in July, 2011.