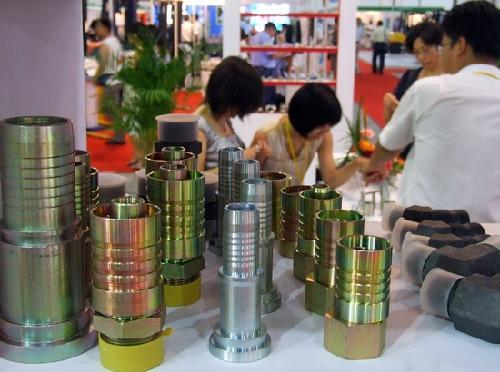 In January 2009, the EU imposed anti-dumping duties of 26.5 to 85 percent on China's fasteners for five years.


The European Union may launch a "re-examination" of fasteners imported from China even though the World Trade Organization ruled that the bloc's high duties on Chinese goods are against the law, a source told China Daily.

Yang Fengdan, deputy secretary-general of the Jiaxing Chamber of Commerce for Import & Export, also said the Chinese government is concerned that the EU might not remove the anti-dumping duties on Chinese imports as soon as possible, and it is considering drafting documents to urge the bloc to do so.

As a high-level official of the Jiaxing Association of Fasteners Import and Export Companies, Yang was among representatives of the industry who recently attended a meeting held by the Ministry of Commerce.

In mid-July, the WTO rejected the EU's appeal, which claimed China was dumping fasteners on the European market. It ruled that the EU's high anti-dumping duties arbitrarily contravene global trade law.

In January 2009, the EU imposed anti-dumping duties of 26.5 to 85 percent on China's fasteners for five years. On July 31, 2009, China brought the case to the WTO's dispute settlement mechanism, China's first such case against the EU.

China is the world's biggest producer of screws, nuts, bolts and washers, and the EU is a major destination for its fasteners. Its annual exports of fasteners to the EU reached $600 million in 2010.

While companies in the fastener industry have welcomed the WTO ruling, believing exports to the EU can be resumed, Yang said recently that things might not go as smoothly as expected.

"Domestic manufacturers have to give priority to standardizing exports and improving quality", because there is a "possibility that the EU will launch a new round of review and investigations of fasteners imported from China," she said.

The WTO's ruling on the EU fastener case took effect July 28, and it usually takes 10 to 15 months for countries to amend rules and withdraw anti-dumping duties. But the EU is "probably unwilling to do so, delaying the implementation or partly implementing the WTO ruling," Yang said.

Fastener manufacturers are concerned, too. "The WTO's ruling is definitely a victory for China, but we will be closely watching how it is carried out," said Gu Zhaogen, general director of Pinghu Dragon Fastener Co Ltd.

While the European debt crisis is spreading, more trade remedy cases and other measures against Chinese imports will be initiated by the bloc in the coming months, experts said.

The EU Commission is set to introduce five-year, punitive import duties of up to 69.7 percent on the imports of Chinese bathroom, kitchen and paving tiles worth 275 million euros ($394 million) annually, and the duties have won the backing of EU trade diplomats, Reuters reported on Tuesday.

Chinese bicycles and bicycle parts face an extension until 2016 of existing anti-dumping duties of up to 48.5 percent.