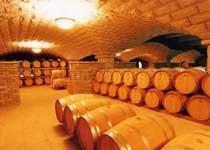 A abundant wine culture museum built the hall in 1992, is located in No. 56, road six of Zhifu district of Yantai of Shandong -In the courtyard of old site of Zhang Yu Company. This hall is mainly made up of century-old underground wine cellars and exhibition halls. The large wine cellar is seven meters deep, built in 1894, completed in 1903, lasted 11 years, it was the only large underground wine cellar of Asia at that time.

Over several years, a abundant wine culture museum, as an important window of international communication of Zhang Yu, successively received a large number of Chinese and foreign guest and well-known figures, and was determined as the Patriotism Education Base by the government of Shandong Government and Yantai, have expanded a popularity of abundant company outside China greatly.