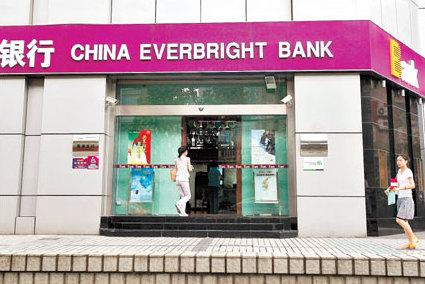 The Beijing-based bank will sell up to 6.1 billion shares in the offering, according to China Securities Regulatory Commission.

The bank is selling 15.4 percent of its enlarged capital in the offering before over-allotment.

Everbright Bank can expand the sale to as many as 7 billion shares after exercising the over-allotment option.

The bank, controlled by Central Huijin, could face a capital shortage in the next three years without the IPO, the bank said in a draft prospectus last week.

Huijin is the investment arm of China's sovereign wealth fund and holds stakes in major Chinese banks on behalf of the government.

Everbright Bank Chairman Tang Shuangning said earlier that the offering was cut by 30 percent due to sluggish market sentiment.

The IPO comes at a time when other banks plan to raise capital and investors remain cautious.

The benchmark Shanghai Composite Index has lost more than 21 percent this year, making it the worst performer among the world's 10 major markets.

Earlier this month, the Agricultural Bank of China made a US$19.2 billion dual listing in Shanghai and Hong Kong.

Everbright Bank first submitted an application for listing in June 2008. However, the plan was derailed by a 10-month halt on IPOs imposed by the securities regulator.