On the morning of April 19, the Inauguration Ceremony for Nan Fang Daily Guangdong Centurial Scholars Series Reports took place on the lawn by the former residence of Chen Yinke in SYSU. Many people attended the ceremony, including Lin Xiong, Member of Guangdong Standing Party Committee and Minister of Propaganda Department, Zheng Detao, Secretary of SYSU Party Committee, Gu Zuoyi, Vice Minister of Guangdong Propaganda Department and Director of Provincial Spiritual Civilization Administration Office, Yang Xingfeng, President of Nan Fang Press Media Group and President of Nan Fang Daily, Wang Chunfu, Chief editor of Nan Fang Press Media Group and Nan Fang Daily, Zhu Kongjun, Deputy Secretary of SYSU Party Committee, Chen Chunsheng, Vice President of SYSU as well as Wu Ge, Vice President of Tianya Club.
During the late 19th century and the early 20th century, a large number of well-learned and influential scholars had emerged in Guangdong. However, the precious academic and spiritual properties they left behind have not been fully recognized by the contemporary. To this end, Nan Fang Daily resolves to launch, for a period of two years, the Guangdong Centurial Scholars Series Reports fortnightly, with two pages in one issue., portraying the spiritual aspects of a group of outstanding Guangdong scholars lived last century. 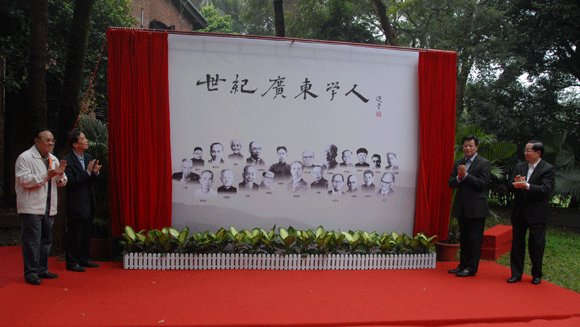 Standing Committee Member Lin Xiong, Secretary Zheng Detao, Vice Minister Gu Zuoyi, and President Yang Xingfeng are unveiling the inauguration ceremony together
At the ceremony, the Standing Committee Lin Xiong indicated that it is meaningful for Nan Fang Daily to portray such a group of Guangdong Scholars in-depth. We should reveal their rigorous and pragmatic learning style, bringing their academic spirit of rather sitting on cold bench for ten years than writing shallow articles to traverse the universe. At the same, we should energetically carry forward their moral charisma on patriotism, global mindset, indifference to fame and wealth as well as a willingness to impart knowledge. To reminisce about these 20th century Guangdong scholars is to explore the refined cultural resources of Guangdong, to carry on the academic legacy of Guangdong and to set up academic benchmarks for the present Guangdong.
President Yang Xingfeng said that, for Nan Fang Newspaper, these pioneering scholars were not only our teachers who were knowledgeable but also our comrades who tried to save the world. He wished that Guangdong Centurial Scholars Series Reports will keep their precious spiritual legacy from being obliterated in the history.
Vice President Chen Chunsheng maintained that, among the first 21 display boards Nan Fang Daily put on, over half of these scholars were once teachers of SYSU. At the moment, we feel the need to value their spirits and contributions more than ever. Therefore, as we are reminiscing our predecessors, SYSU will continue its pursuance of good school ethos and efforts to attract, cultivate and foster first-class scholars.
SYSU students representative Gu Mengzi, graduate student from Department of History, expressed his earnest desire in the finding of the most vivid interpretation for academic dignity in the series reports of Guangdong Centurial Scholars . In his opinion, one will enhance oneself when he understands these scholars.
According to Wu Ge, vice president of Tianya Club which is the sponsor media in the online community, Tianya Club will establish a special column for such large-scale cultural activities as the series reports of Guangdong Centurial Scholars , leaving an everlasting record in history. 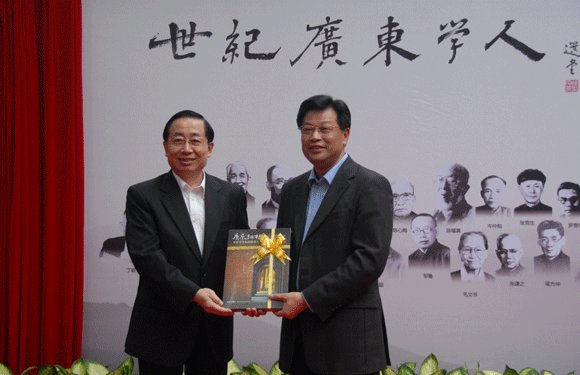 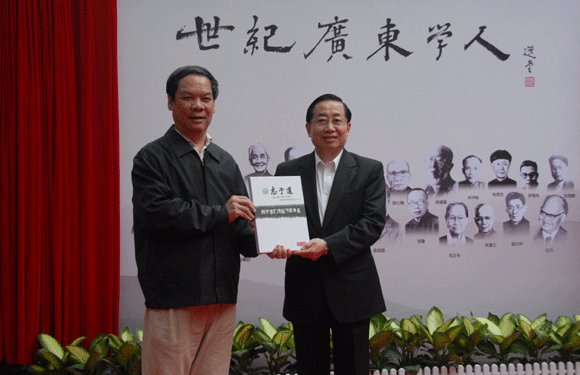 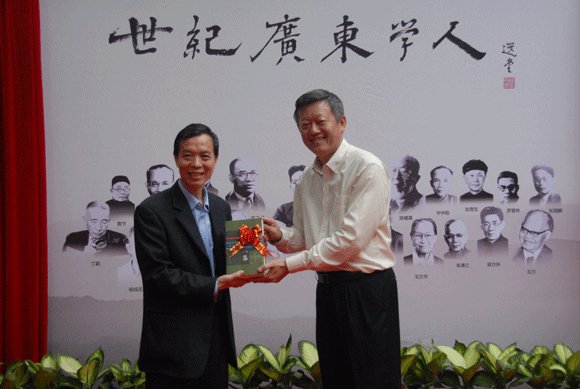 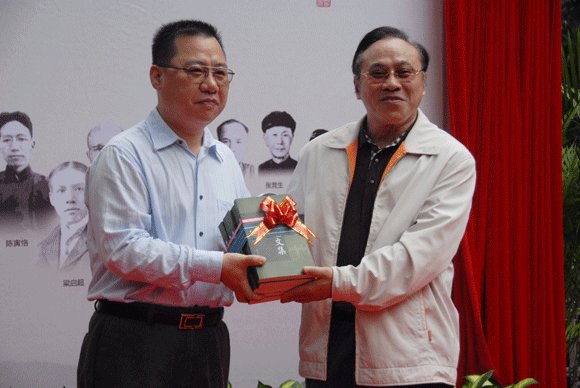 After the ceremony, the attending leaders visited the residence of Chen Yinke. also attended at the inauguration ceremony included persons in charged of and students from the School of Humanities, Department of Chinese, Department of History, Department of Philosophy, Institute of Asian- Pacific Research Center and Library .