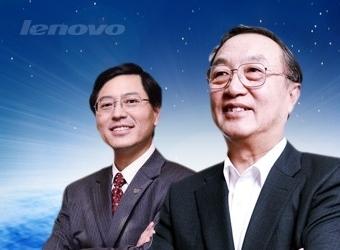 Liu Chuanzhi, the founder of China's largest PC maker, the Lenovo Group, has stepped down as the company's chairman and will be succeeded by CEO Yang Yuanqing, the company announced on Wednesday.

Liu will become honorary chairman of Lenovo and Yang will assume the dual roles of chairman and CEO, the company said in a statement on its official website.

In a separate statement, Lenovo announced that it has become the world's second-largest PC vendor with a record market share of 13.5 percent in its second fiscal quarter report.

The Hong Kong-listed company said that in the three-month period ending on Sept. 30, its net profits jumped 87.9 percent to 144 million U.S.dollars.

Liu will focus most of his efforts on Lenovo's parent company, Legend Holdings, working to significantly accelerate growth, build core operating assets and drive Legend Holdings to a targeted IPO between 2014 and 2016, according to the company.

Liu returned as chairman in February 2009 and helped turn the company around in wake of the global economic downturn. Yang served as Lenovo's chairman from 2005 to 2009.

"I have confidence that Lenovo's strong global culture of commitment and ownership is now firmly in place. A solid and international core management team has been formed with the shared vision and determination to take the company forward," said Liu.

Liu said he believes that Yang and his core management team will lead Lenovo to achieve even greater successes.

Lenovo not only has great momentum in the PC market, but has successfully entered the mobile Internet arena as well, he said.

The company has seen increased sales in multiple markets, with sales in the second fiscal quarter increasing 35.2 percent year-on-year to a record 7.8 billion U.S. dollars, according to the company.

The company's worldwide PC shipments grew 35.8 percent from a year earlier during the three-month period, the company said.

"We are very optimistic about the future of the PC industry," said Yang, noting that Lenovo aims to make more achievements in PC-related areas such as smartphones and tablet PCs.

According to the International Data Corporation (IDC), a global provider of business intelligence for the consumer technology market, Lenovo overtook Dell to claim the second-largest share of the global PC market in October.

Yang said that becoming the world's leading PC vendor is Lenovo's goal, not only in terms of sales volume, but also in terms of technical creativity and the company's global reputation.

"There is no timetable for us to become the top PC vendor. But if our competitor makes more mistakes than we do, we will take their place eventually," said Yang.

Yang said the company will mainly focus on its tablet PC sector and adopt a variety of strategies in the smartphone market, targeting consumers from low- to high-end markets.

"Both smartphones and tablet PCs are part of the 'computer family,' which Lenovo specializes in. We are confident that we will be a main force in the market," he said.