Ma urges Yahoo! to respond to his offer

Ma urges Yahoo! to respond to his offer 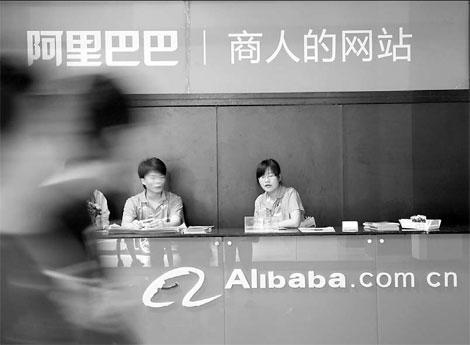 Jack Ma, the chairman of Alibaba Group, said on Thursday that he expects an answer to his long-standing offer to buy all or part of the US Internet giant Yahoo! Inc within weeks, saying the delay was hurting both companies.

The Chinese entrepreneur denied reports he had a $20 billion war chest ready for Yahoo!, but added that money was not the biggest obstacle to what would be a stunning takeover of a major US technology player by a Chinese company.

"Finance is never a problem. Today the market is not good but the money is there. The problem is what they (Yahoo!) want to do," Ma told the All Things Digital AsiaD technology conference in Hong Kong.

He expressed frustration at the length of time that the Yahoo! board was taking to respond to Alibaba's very public expressions of interest.

"We still have not changed our mind and we retain our strong interest in Yahoo!. We are waiting for the Yahoo! Board, especially the independent directors, to tell us exactly what they want," he said.

"Time is so precious for all of us, it's no good for Yahoo!, it's not good for everybody (to delay)," he said.

Once seen as the Internet's leading light, Yahoo! has struggled to build a strongly profitable, growing business out of its huge Web presence and global audience.

Apart from Alibaba, several other companies were also rumored to be eyeing Yahoo!, including Microsoft Corp and the US private equity company Silver Lake Partners.

Microsoft tried to buy the company for $44.6 billion - or $31 a share - in February 2008, but Yahoo! said at the time that the bid undervalued the company, and reportedly turned down a higher offer of $32 to $33 a share.

Alibaba is 43 percent owned by Yahoo! and is considered one of its best assets, but the Chinese company reportedly feels it has outgrown its US partner.

Their relationship was strained earlier this year by a dispute over Alibaba's online payments platform Alipay.

Jerry Yang, a co-founder of Yahoo!, and Ma are said to be good friends, but the US executive dodged questions about how his company intended to respond to the Alibaba offer.

Speaking before Ma at the same conference, Yang said the Yahoo! board was trying to foster a better "environment" of innovation and was looking at many options to maximize shareholder value.

"Everywhere I go inside Yahoo! there's a yearning to change the way we build our products," he said.

"We look at this whole thing and say we have many ways to create that environment."

Asked whether an Alibaba takeover might be the best option for Yahoo!, Yang said the board had ruled nothing in or out.

"There are many ways to create value and so far we have not ruled out any possibilities," he told the conference, which is sponsored by the Wall Street Journal.

"I've seen the company grow from zero to where we are now and I can honestly say that the true ambition for me is to see Yahoo! achieve the potential that it is able to achieve."

Meanwhile, Yang said the company continues it search for a new chief executive, after firing Carol Bartz last month, less than three years after she was brought in to help turn around the struggling Internet company. "There's a search and a search committee. I think the board is pretty excited about the prospects, about the way we can invigorate the company, and the search process is one of them," said Yang.