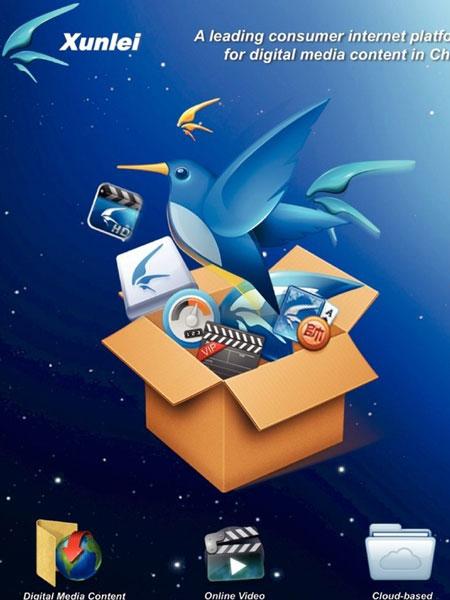 According to Xunlei's filings, the Internet company called off the initial public offering plan because a worsening European debt crisis and a weakening U.S. economy are cooling off the U.S. stock market. Xunlei asked the U.S. Securities and Exchange Commission to approve its IPO withdraw application on grounds that it's in line with public interests and can protect investors.

Xunlei applied to sell shares on the NASDAQ on June 9 this year and hired JPMorgan Chase & Co. and Deutsche Bank AG to be its IPO underwriters. The company plans to raise up to US$200 million, with its American Depositary Shares priced at US$14 to US$16 per share.

Xunlei's IPO filings showed that it maintained sound cash flow. The company's first-quarter revenue was US$15.36 million, with gross profits of US$8.8 million and net income of US$1.7 million. Zou Shenglong, Xunlei's co-founder and chief executive officer, is the company's largest shareholder with a 27.5-percent stake. Google holds a 2.8 percent stake in the company.

On July 21, Xunlei announced plans to postpone its IPO, citing unfavorable market conditions in the United States. Some analysts said the real reason for the delay was a series of accounting scandals at Chinese companies, and Alipay's VIE (Variable Interest Entities) structure termination that were dominating headlines then, which damaged the image of Chinese companies.The potential risks of variable interest entity structure also raised more doubts among investors.

VIE structure, which was used by many Chinese Internet companies including Sina, Baidu, Sohu and Netease, allows foreign investors in China to gain a degree of control over companies they are not allowed to own directly. It is seen as a temporary method before China further liberalizes its market. Industry analysts believe that the Chinese government will legislate to tighten regulation in this area in the future.

Since then, only one Chinese Internet company video-sharing website Tudou.com has successfully listed in the United States.

Although the variable interest entity structure is a problem for Chinese companies, the United States and Europe's inability to address the structural financial issue is the main uncertainty in the equity market, said Robert Greifeld, president and CEO of the NASDAQ.

About 30 Chinese companies now have started their IPO process on the NASDAQ.