Do not politicize yuan issue, China tells US

Do not politicize yuan issue, China tells US

BEIJING - China's Foreign Ministry on Monday hit back at calls by the United States for the country to soon let the yuan rise in value amid fresh pressure from US politicians for faster yuan appreciation ahead of the G20 summit later this month. 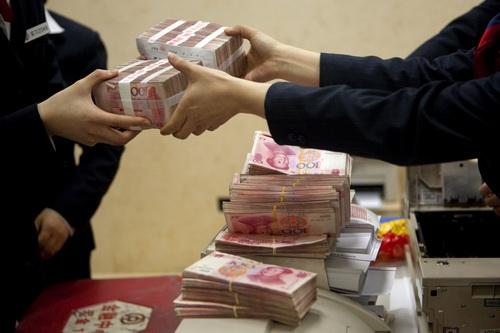 One hundred yuan notes are collected in bundles at a Bank of China branch in Beijing. The yuan appreciation will not solve the problem of US trade deficit, nor can it help improve employment or raise the low savings rate of the US citizens, said foreign ministry spokesman Qin Gang. [NELSON CHING / BLOOMBERG NEWS]

The yuan was not to blame for the US trade deficit with China, Foreign Ministry spokesman Qin Gang said in response to a question about recent comments by US Treasury Secretary Timothy Geithner and calls from US lawmakers to pass a bill threatening to press China over its yuan exchange rate policy.

"A huge amount of facts has demonstrated the yuan exchange rate is not the main cause of the imbalance in Sino-US trade," Qin said in a statement on the Ministry's website.

"Do not politicize the yuan exchange rate issue," he said.

Qin said that it is a basic fact that Sino-US trade is mutually beneficial and China does not seek surplus of trade. China has taken "active" measures to expand US imports to balance bilateral trade, he said.

During the first quarter of this year, US exports of goods to China increased about 50 percent year-on-year, compared with less than 20 percent for other regions.

Since July 2005, the yuan has risen by about 21 percent against the dollar, raising costs of Chinese exports to the US. But the US trade deficit with China has not improved much, Qin said, pointing out that the international division of labor is the major cause of the predicament of the US traders.

The blocking of high-tech product exports from US to China is also a major contributor to the deficit. "It is an important factor in causing such an imbalance."

The yuan appreciation will not solve the problem of US trade deficit, nor can it help improve employment, raise the low savings rate of US citizens and their excessive lending-based consumption. "Relevant people in the US political circles should think seriously about how to solve the structural problems of the US economy instead of pointing fingers at others."

As the G20 summit for leaders of major developed and developing countries draws near, some US lawmakers have renewed pressure on the US government to force China to let the yuan appreciate against the dollar.

"Americans know clearly that the yuan's value is not behind the US trade deficit," said Ji Jun, a researcher at the Institute of Strategic Study at the Party School of the Communist Party of China Central Committee. "Despite the revaluation since 2005, the market share of Chinese toy and textile producers in the developed countries has been increasing," he said.

Reuters contributed to the story.