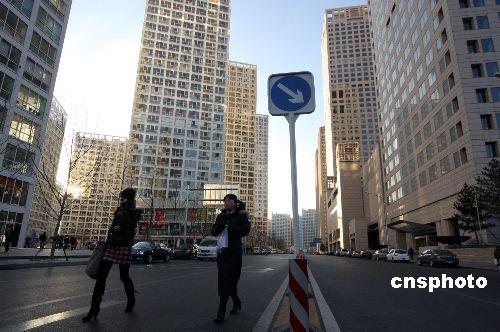 China's new lending to the real estate industry totaled 791.2 billion yuan ($122.32 billion) in the first half of 2011, the Securities Time reported on Wednesday, citing data from the People's Bank of China (PBOC).

The volatility of China's capital markets and credit tightening within the banking sector in 2010 and 2011 have benefited domestic trust products, especially REITs.

In October 2009, the China Banking Regulatory Commission (CBRC) issued a notice saying that developers could seek trust financing only for up to 65 percent of a project's total cost.

In December, the regulator strongly advised trust companies to analyze the risk of real estate projects to ensure compliance with current regulations.

The series of notices "showed the CBRC is very concerned about the risks involved in these projects", said Bedford.

Several applications for REITs made by Citic Trust Co Ltd, China's largest trust company, are being held up by the government, a person familiar with the matter told China Daily, speaking on condition of anonymity.

The person said that REITs comprise more than 15 percent of the entire trust sector.

Kelly Shi, general manager of the Beijing trust department at Sino-Australian International Trust Co Ltd, told China Daily that REITs are popular with companies and investors because of their high returns.

Yields on some highly successful real estate products can be 12 percent or more. The return for the trust companies themselves can reach 7 percent.

But Shi added that compliance and transaction risks are key considerations, and the firm will be more cautious about its trust investments during the next half-year.

"We used to invest in one-year term property projects. Now, they are subject to tighter policies and the compliance risks of the sector's trust projects are rising," Shi said.

According to Shi, there are REITs with low compliance risks, such as those involved with affordable housing.

But the transaction risks might be higher because her company's investors have a short payback period, usually two to three years, and she is not sure of getting back the funds in time.

The KPMG report said that given the expertise involved in handling credit risk, commercial bank lending operations serve as a prime example for trust companies.

By integrating the operational risk management techniques that are employed by commercial banks, such as separating the duties of front, middle and back office functions, trust companies should be able to ensure that risk managers have the proper incentives to perform their duties.